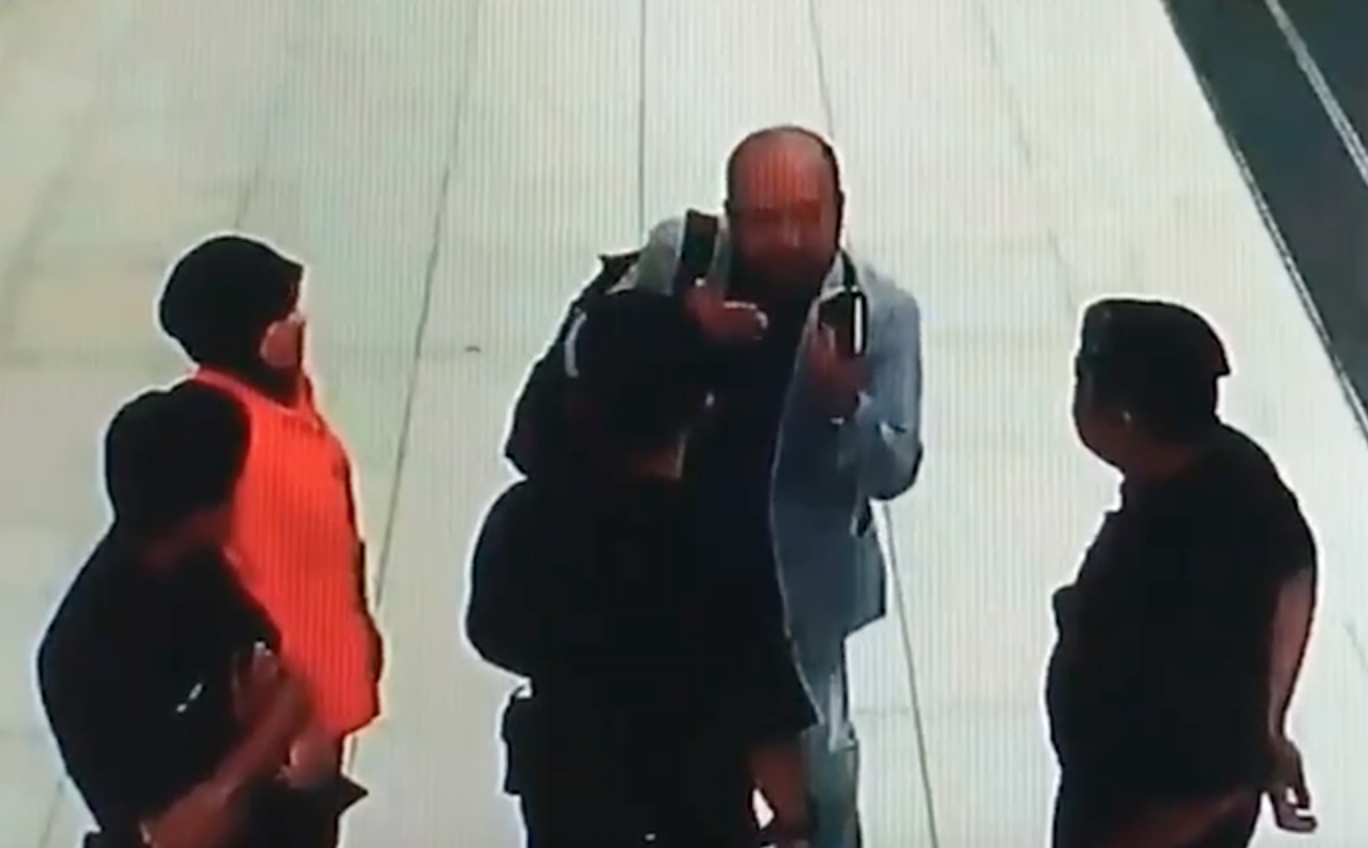 The video first shows Kim Jong-nam, the half brother of current North Korean leader Kim Jong-un walking through the airport door, and then stopping to catch a glance of the departure schedules.

He then walks to the self check in counters and is then attacked by two females.

Both females then walk away in different directions.

Jong-nam then appears back at the main door where he is seen informing the police of his attack and is then escorted to the clinic.

Yet another video which was uploaded by Malaysia’s New Straits Times Online shows Jong-nam slumped in his seat at the clinic.

The two alleged female assassins have been arrested by Malaysian police, while another North Korean suspect – Ri Jong Chol – has also been arrested and is currently remanded.

Malaysian caterer Muhammad Farid Jallaludin has also been arrested in connection with the murder while Malaysian police have also listed seven others as suspects.