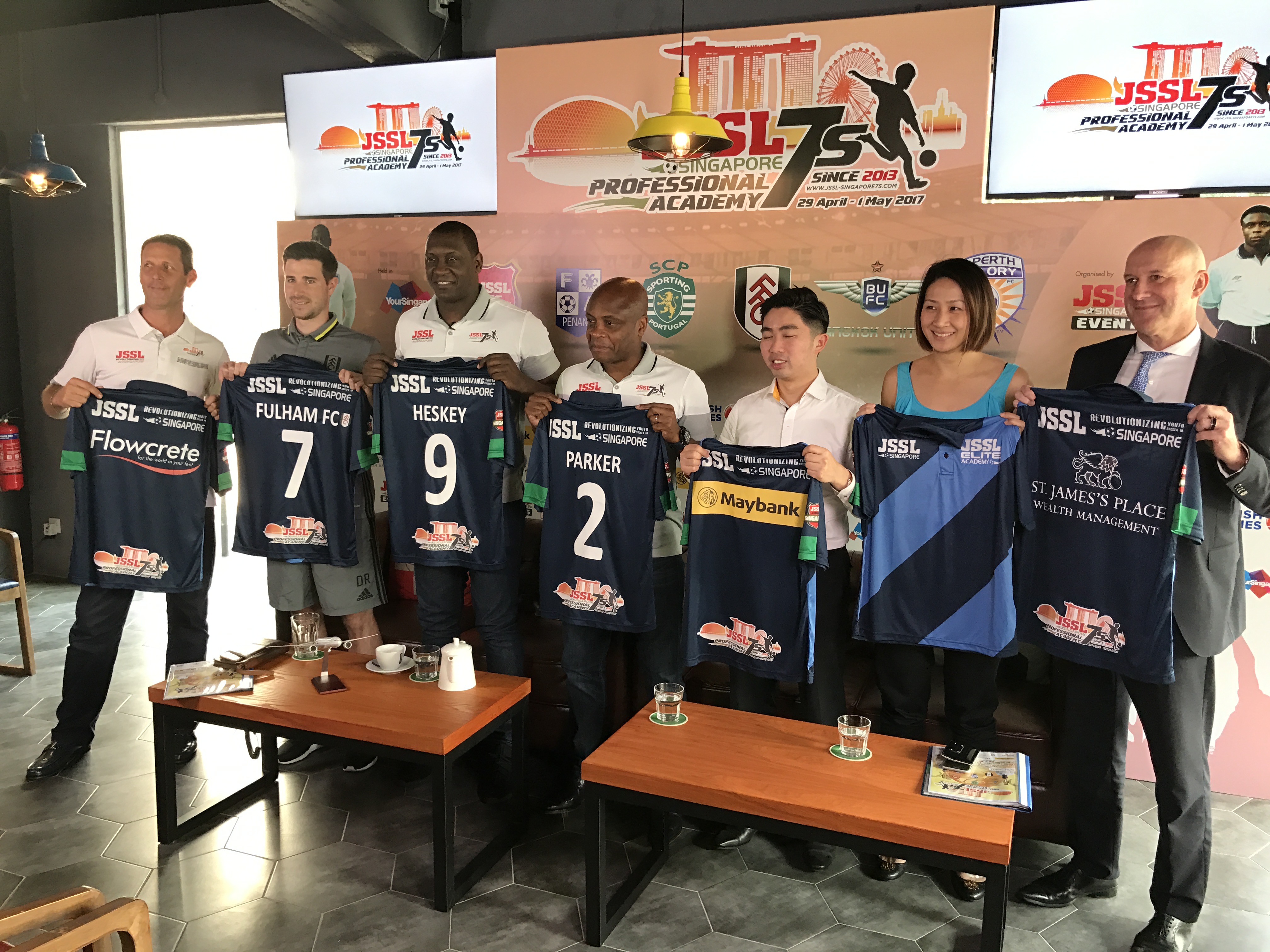 The JSSL International 7s, the region’s largest youth football tournament is set to return to Singapore in April with confirmed participation from 260 teams from 14 nations from 29 April to 1 May.

What’s more, the 2017 edition of the competition will also see an added tournament with the Professional Academies 7s, which will feature players from Fulham from England, Perth Glory from Australia, Sporting Lisbon from Portugal, Bangkok United from Thailand, Penang FA from Malaysia and a Singapore team from JSSL FC.

The Guest of Honour for the event this year is former England international striker Emile Heskey who has 62 international caps, and who will be on hand during the competition to inspire the players.

For the uninitiated, Emile Heskey scored one of England’s goals in their 5-1 rout of Germany during the World Cup 2002 qualifiers, a goal which he said he is still asked about today.

“People still stop me on the streets and talk about that match, and the goals. It is amazing,” said the Guest of Honour for the JSSL International 7s 2017 which will be held from 29 April to 1 May in Singapore.

Said JSSL Singapore Managing Director Harvey Davis, organisers of the JSSL International 7s 2017: “The development of football among the youth is critical for the future of the game. Children need to have the right fundamental skills and the appropriate environment to grow and love the game.”

He added, “Thanks to our partners and sponsors, we have been able to create a great atmosphere for the children and their parents, and we are glad that we have been able to keep growing the tournament year on year to where it is today. Our goal is to ensure every player, parent and spectator has that unique and special experience that makes them want to come back to Singapore and the JSSL 7s each year. We are always trying to push the envelope and go one step further. The addition of the Professional Academy 7s really does this for us in 2017 and for the 3000-over young competitors whose dream is to become a professional player!”

Continuing on the point about the importance of youth development, former England international Heskey, who had 62 caps for England, said: “Youth development at the community clubs and academies are an important part of the football eco-system.

“The key is for children to get the right training from a very young age, and this can only come if they get their skills honed at academies which are professionally run and with the right expertise. The JSSL International 7s is a good way for the kids to play together, to have fun, and also to learn from each other. At the same time they get a chance to see young professional players on the cusp of their first professional contract through the Professional 7s.”

The JSSL International 7s 2017 is supported by the Singapore Tourism Board (STB), and will see children from countries such as Sri Lanka, Hong Kong, India and around the Southeast Asian region fly into Singapore for the competition.

Said Ms Jean Ng, Director (Sports) of the STB: “We are pleased to support the JSSL International 7s as an exciting addition to Singapore’s calendar of sports events for all ages.  As a multi-faceted city with a myriad of family-friendly attractions, I am sure Singapore will offer a memorable weekend for the travelling players and their accompanying families.”