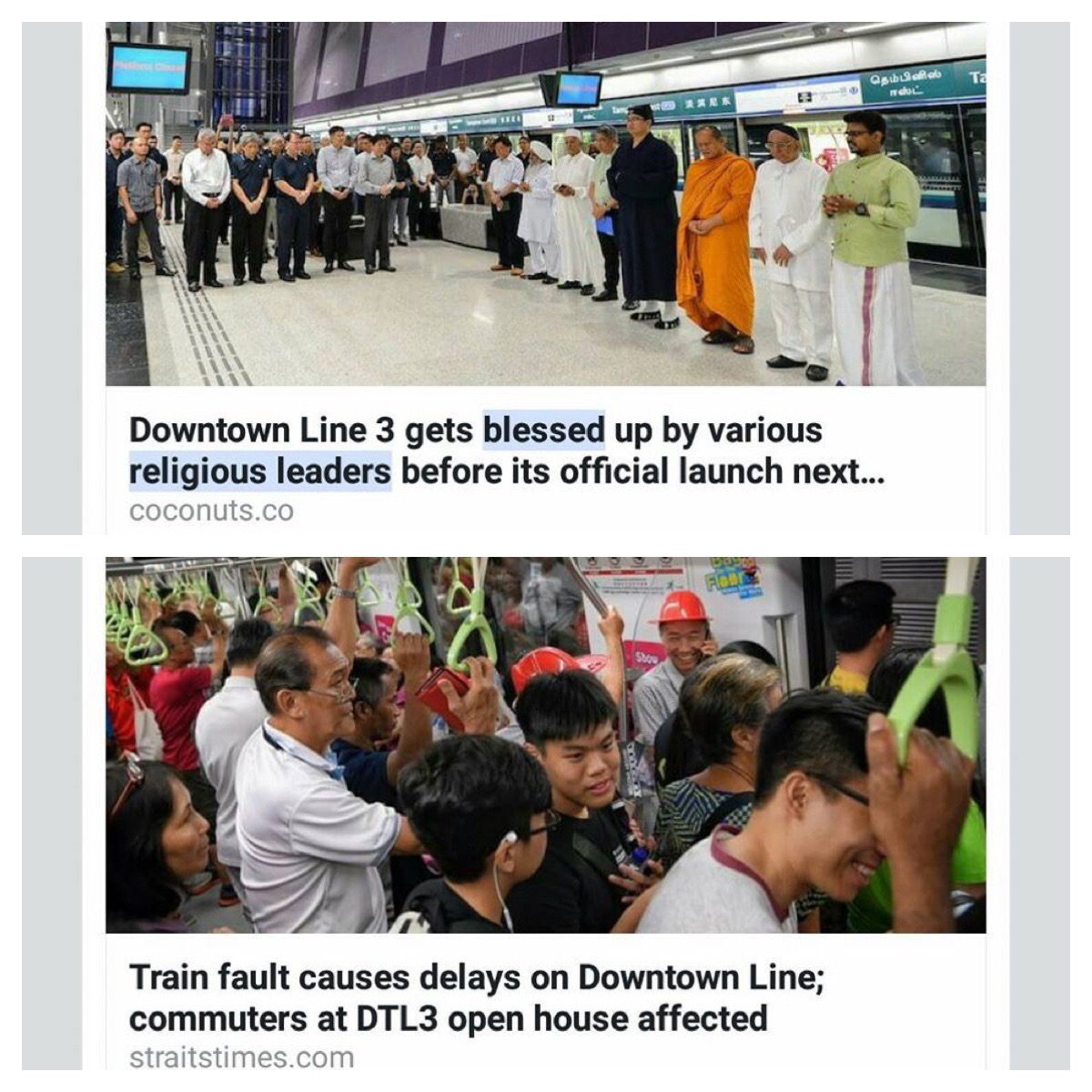 It was barely a month ago that religious leaders blessed the Downtown Line 3 (DTL3) ahead of the launch this month.

In fact, even Members of Parliament and Advisors to grassroots organisations currently held by the Workers’ Party were lapping it up.

Unfortunately, the blessings came to nought on Sunday, 15 October, when an open house even for the DTL3 was thrown into disarray after a train fault led to services being disrupted.

SBS Transit, which runs the Downtown Line, said in a Facebook post at 1.05pm that there would be “no train service between DT1 Bukit Panjang and DT5 Beauty World Stations” due to a “train fault”. Free bus rides were available at designated bus stops near the affected stations.

Based on various media reports, a track fault was announced in trains and commuters were requested to disembark at the Ubi station.

A post by SBS Transit at 1.21pm said that normal train services had resumed, including those on the DTL3 stretch of stations.

Guess the blessings did not work.