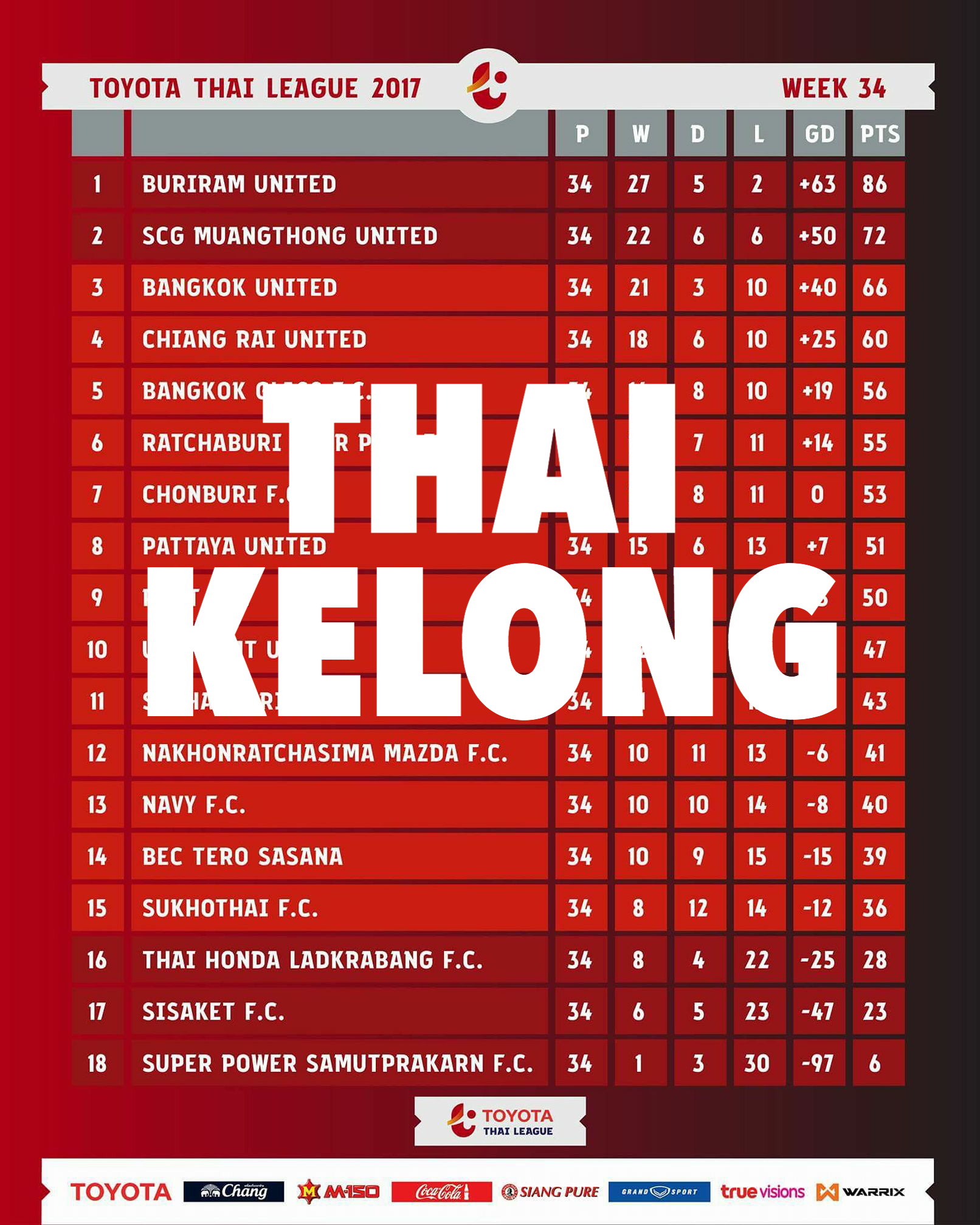 The Thai League has been rocked by allegation of match-fixing or kelong.

According to the Bangkok Post, top flight players, referees and a club director are among a dozen people under investigation for match fixing.

The 12 suspects are: five players — four from Thai League 1 club Navy and one from Nakhon Ratchasima, also in the top flight; Cherdsak Boonchu, director of Si Sa Ket; referees Poomirin Kumruen and Teerajit Sithisuk and four other contractors.

According to the Post, the men have been arrested and released on bail.

The investigation found the half-time or full-time scores of at least four top tier-Thai Premier League matches were rigged.

The 12 have been accused of “receiving money or benefits in order to throw a game” the Football Association of Thailand (FAT) said in a statement.

In response to queries, former Thailand assistant national coach Steve Darby told The Monitor that the crackdown was “an excellent start”.

“As usual, the player who is often poor and uneducated, is caught as they go for the bottom of the food chain,” said the former Laos and Home United coach.

He added but that it will be important for the Thai authorities to “go after the people who fund and benefit from the Fix.”