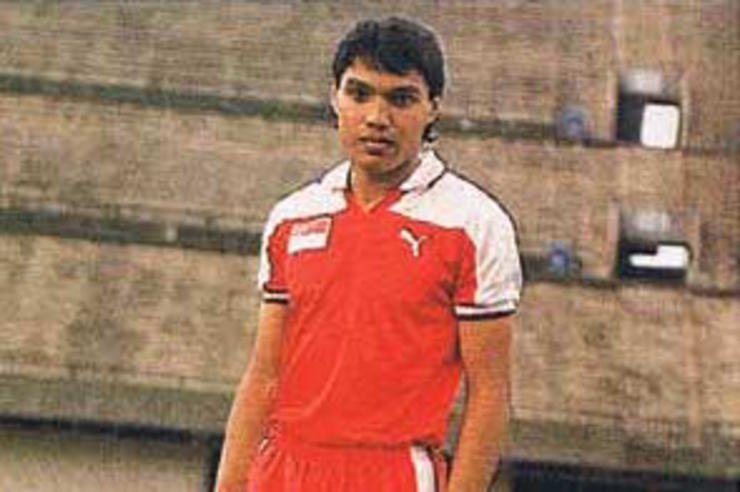 He will be the first Singaporean to turn out for the Malaysian state since 1992 when two (not one) other Lions played for Pahang.

Borhan Abu Samah was at one time nicknamed the ‘Russian Tank’.

This was mainly because of his hard-tackling. According to folklore, no player could get close to him without running the risk of having their legs “chopped off”.

In 1992, the year Singapore went down to Division Two in the Malaysian league, Borhan and Fandi were both part of the Pahang squad which featured luminaries like Dollah Salleh and Zainal Abidin Hassan.

The East Coast giants won the league and Malaysia Cup double in 1992.

In the following year, both Fandi and Borhan returned to Singapore to play for PN Sivaji’s Dream Team in 1993. The squad went on the reach the Malaysia Cup final before losing 2-0 to Kedah.

Safuwan will not be the only Singaporean in the MSL in 2018.

Skipper Hariss Harun is set to return to Johor Darul Takzim now that his loan to Home United is over.