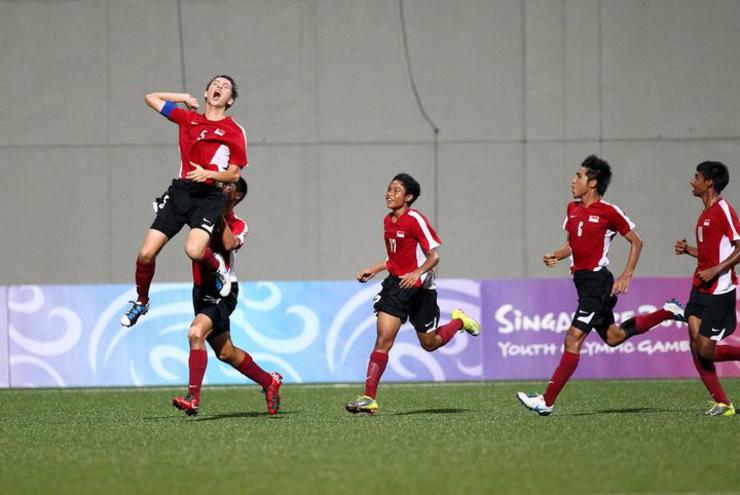 He was skipper of Singapore’s 2010 Youth Olympic Games team when they stirred the imagination of a nation enroute to a bronze medal showing at the inaugural Games.

But a little known fact was that Jeffrey Lightfoot started off his early football days in JSSL Singapore.

As a young player in Tampines Rovers, the team participated in the JSSL Leagues.

Now, more than 15 years on, Jeffrey, and his brother Daniel Lightfoot, have both returned to JSSL as coaches.

Jeffrey has been added to the coaching roster with the under-6s while Daniel, who also started off his early playing days at JSSL, has joined its goalkeeping coaching team.

Said Jeffrey, who was Singapore’s libero during the 2010 Youth Olympic Games in Singapore, “JSSL played a huge part of my development as a footballer.”

“My memories at JSSL as a young footballer were among the best of my life. It is a great feeling to be back and to have a part to play in helping to develop young football talents.”

Many football fans will remember Jeffrey as being part of the team which included the likes of Hanafi Akbar and also Dhukilan Jeevamani.

His elder brother Daniel added: “Its amazing to see so many young kids wanting to play football. I’m happy to play a part to help JSSL with my brother Jeffrey. Football will always be in our blood and we are happy to be able to contribute back to the game in whatever way we can.”

Apart from Jeffrey, JSSL is currently home to a number of current and ex-internationals, including current international striker Fazrul Nawaz.

“We are happy that Jeffrey who was a 2010 Youth Olympic Games alumni, and his brother Daniel have both chosen to return to the academy where they started their football lives at.”