Rugby stays at Montfort. All thanks to parents, alumni and social media. 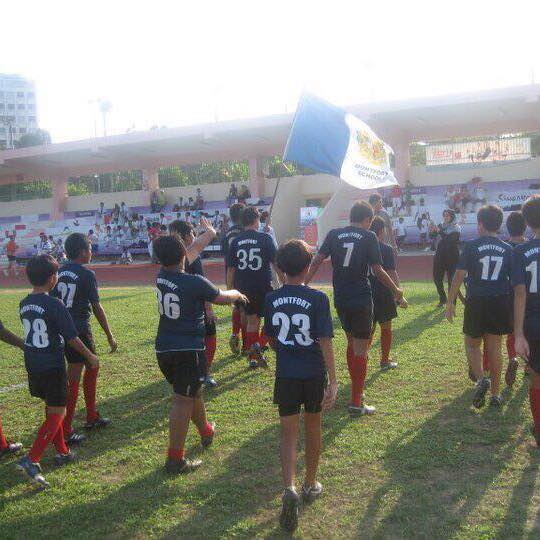 Rugby will remain as a co-curricular activity (CCA) in Montfort Secondary School after all.

After a clarification session, it appears that the school has decided to retain the sport as part of the school’s CCA actvities.

On its Facebook page, the “KeepMontfortRugby” group announced on 26 November that a favourable decision was reached between the school and the rugby enthusiasts, parents of students currently taking part in the sport, and alumni.

A hashtag #MontfortRugbyStaying was also started as part of the announcement.

“We would to thank the school for the decision. It is of a great comfort to know that we have a big family in our rugby community who are willing to stand together in no matter what colours of jersey we don on.

“We are grateful and with a heartfelt gratitude to all the petitioners for their support to help kept Montfort Rugby alive.”

Two weeks ago, the school’s alumni and parents reacted unfavourably after the school decided to stop rugby as a sport.

The new principal, Gerard Minjoot, had also canned rugby as a sport in his previous school – Greendale Secondary School.

Added the statement: “We are really excited to be moving into our 19th years. We will continue to achieve and excel, passing the torch of true sportsmanship down from generations to generations.”

National rugby captain Gaspar Tan, an alumni of the school said that it was “awesome news” that rugby will remain on the school’s roster.

“Surely a positive progression from the movement. Much credit to the parents whom have put in so much time and effort to help let the school reconsider their decision. And credit to the Rugby community and Alumnus for providing the awareness!”