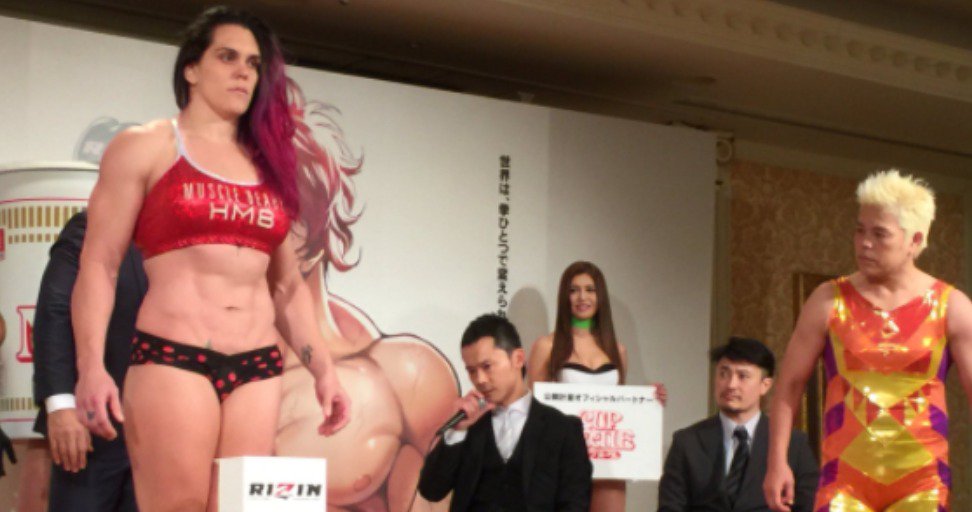 Should you be in the ring or cage if you are 53-years-old?

And take on an opponent who weighed in 12 kilograms over the allowed limit for the bout?

An open-weight fight at Rizin FF 8 to take place at Saitama Super Arena in Saitama, Japan, near Tokyo appears to be in jeopardy after woman mixed martial arts fighter Gabi Garcia weighed in more than the limit by 28 pounds.

Garcia weighed in at 237 pounds for her fight against retired professional wrestler Shinobu Kandori, who is 53-years-old.

According to mmajunkie.com, Kandori screamed at Garcia on the stage and then stormed off.

The Rizin FF 8 is a Japanese mixed martial arts organisation which was created in 2015 by former Pride Fighting Championship president Nobuyuki Sakakibara.

According to reports, Sakakibara came on stage and said that “competition-wise, we cannot make this happen.”

But so far, the bout has not officially been scrapped, as of 12pm on 29 December.

In a post on Facebook, Singaporean mixed martial arts and ONE Championship fighter May Ooi said “Gabi Garcia missing weight by 12kg is disrespectful, disgraceful and completely unprofessional.”

Ooi added that “endangering the life of her 53-year-old opponent by being grossly overweight will send Women’s MMA back to the stone ages, undoing all the great work of female athletes like Ronda Rousey, Cris Cyborg, Misha Tate, JJ, Holly Holms and many who came before them.”

Ooi, who is aiming to qualify for the Asian Games in Jakarta in Jiu-Jitsu, added that “missing weight by 12kg or 12g is not ok. If you can’t make weight, there is an alternative. It’s called the amateur league.”