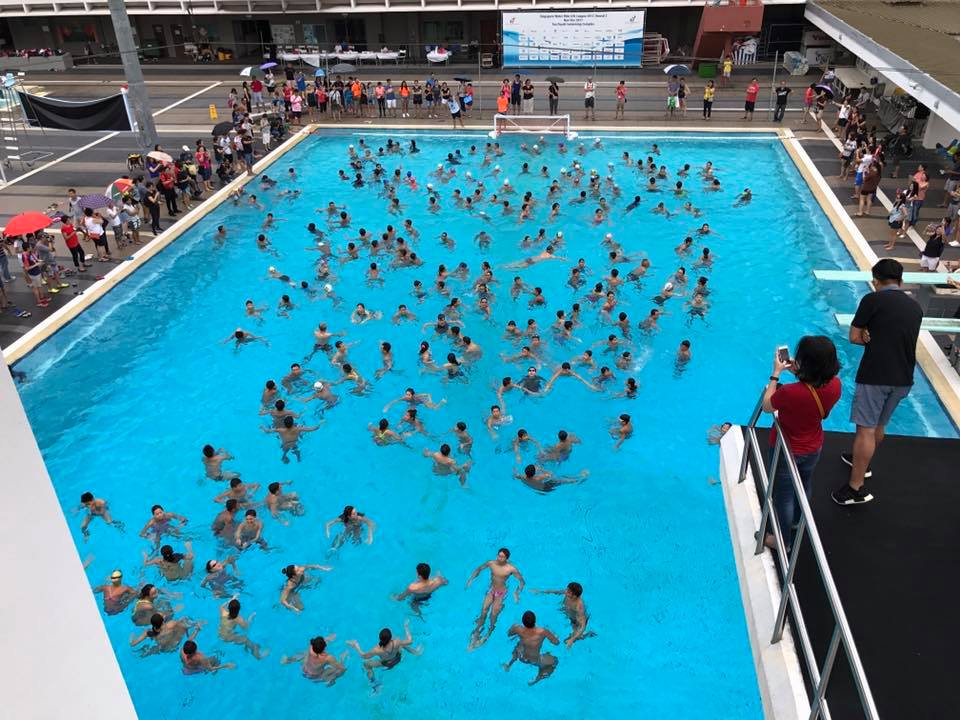 The Chiam See Tong Sports Foundation (CSTSF) managed to get into the Singapore Book of Records on 30 December after it managed to get 203 swimmers to tread water for a total of five minutes at the Toa Payoh Swimming Complex, capping off 2017 in fine fashion, nine months after launching in March 2017.

Held as part of Splash for Singapore 2017 which is a fundraising programme organised by CSTSF, the event also raised more than $10,000 for under-resourced athletes, which the Foundation aims to support.

The finale at the Toa Payoh Swimming Complex was attended by Mr Chiam See Tong and Mrs Lina Chiam, who are both Patrons of the CSTSF. Mr Chiam served as a Member of Parliament (MP) for Potong Pasir from 1984 to 2011, while Mrs Chiam served a term as a Non-Constituency MP from 2011 to 2015.

Said Chairman of the Organising Committee U.K. Shyam: “It was a great honour to work alongside people who are passionate about supporting sports and athletes. It gives us a sense of achievement when we see so many young swimmers come forward to support us in our mission at the Chiam See Tong Sports Foundation.”

To get into the record books, 203 swimmers treaded water for five minutes in the deep pool which is used for diving and water polo training at the Toa Payoh Swimming Complex.

Among those in the pool for the record setting feat were national swimmers Theresa Goh, Yip Pin Xiu, mixed martial arts fighter and CSTSF Board member May Ooi and lawyer Jeannette Chong-Aruldoss.

And Mr Chiam celebrated the record setting feat immediately after the horn was blown with both arms raised to signify victory.

This was the first year that the CSTSF has organised Splash for Singapore 2017, which will be an inaugural event.

The Chiam See Tong Sports Foundation was launched in March 2017, and Splash for Singapore 2017 is the Foundation’s second fundraiser for the year. About $150,000 was raised in August at its inaugural Gala Dinner which was attended by world rugby legendary referee Nigel Owens.