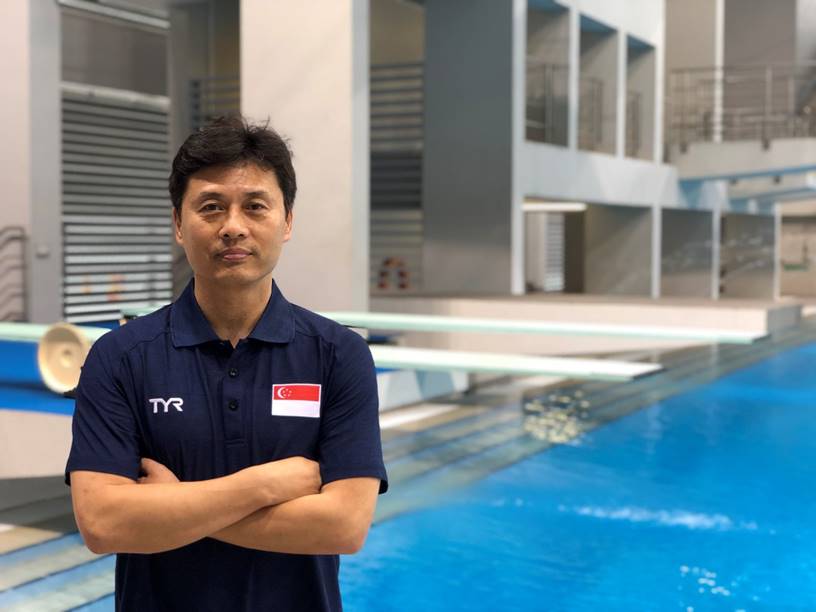 The Singapore Swimming Association (SSA) announced today that 52-year-old Chinese national, Li Peng, will take over the reigns as national head coach for diving with immediate effect.
Li takes over from Shannon Roy, who led the Republic from January 2017 to April 2018.

A world-class diver in his younger days, Li won gold at the 1984 Austrian Grand Prix in the men’s springboard and was China’s national champion in 1985 in the men’s platform.

“I would like to thank the Singapore Swimming Association for the opportunity to be the national head coach for diving. Singapore diving has made immense strides in the last few years and is currently the second-best country in South East Asia. I hope that I will be able to inspire the divers to further improve themselves, to make their mark on the world stage and aim for Olympic qualification”, said Li.

In 2007, Li moved to Great Britain and was one of the coaches in the national diving team till 2017. He helped coach the current 10m Platform World Champion Tom Daley, as well as star British divers Lois Toulson and Matty Lee. He was also the high-performance coach at Leeds diving club from 2013 to 2017.

Mr William Lee, SSA’s Vice-President for diving, said “We are indeed delighted to be able to have someone of Li Peng’s calibre on board. The successes of world class divers he has trained speaks volumes of his capability as a coach. As Singapore diving continues to strive to be among the top diving nations, we believe that Li Peng has the necessary skills and experience to take us there.”

Li Peng’s immediate assignment will be leading the team to the upcoming FINA Diving World Cup in Wuhan, China in June followed by the Asian Games in Indonesia this August.