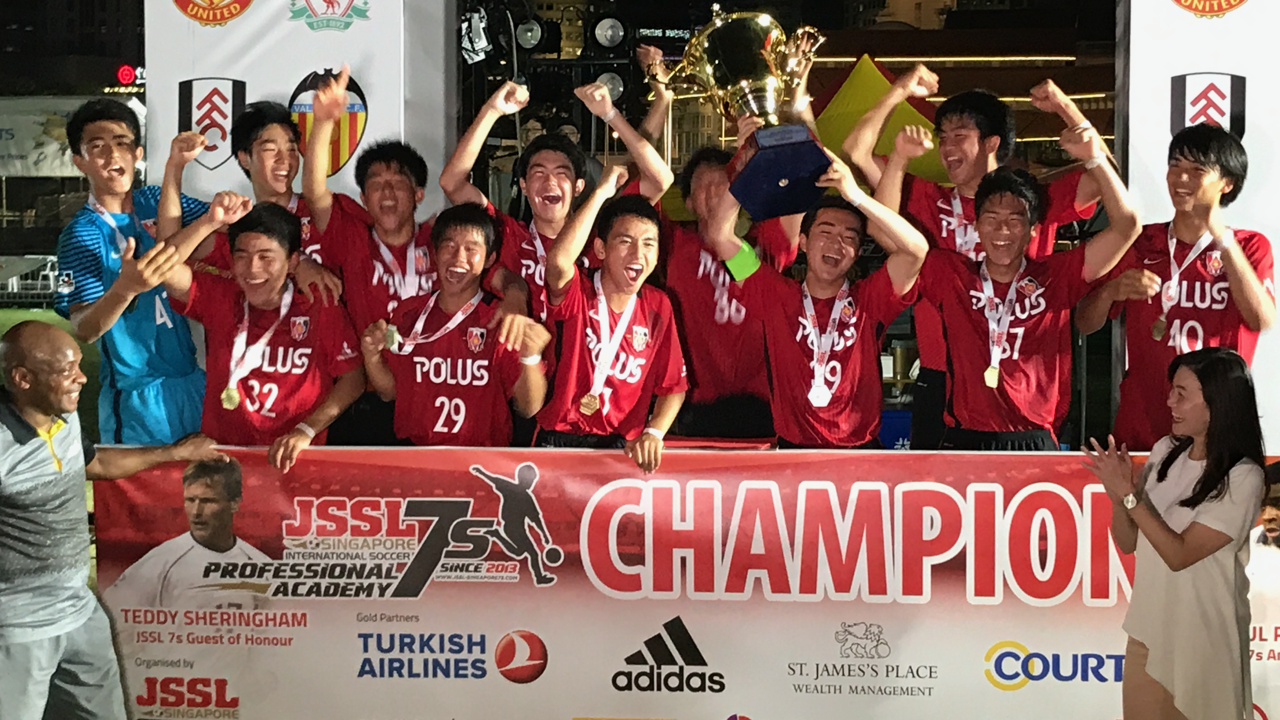 Japan’s Urawa Red Diamonds stole the thunder at the JSSL Professional Academy 7s 2018 after they defeated Australia’sPerth Glory by a goal in sudden death.

The Urawa Reds also disposed of Spanish side Valencia CF in the semi-final by a single goal in sudden death as they made their appearance in the final of the event.

The victory in the final was also sweet revenge for Urawa Reds after a 3-0 hiding at the hands of Perth Glory in the round robin match-up.

Perth Glory, who defeated Manchester United by a solitary goal in the semi-final, have now made it two out of two defeats in the final of the Professional Academy 7s.

Urawa Reds coach Takanari Sueto put down the victory in the final to fitness and being smaller in size compared to the boys from Down Under: “One of our strengths was our size and we are smaller sized. We used our fitness to run them down, and it paid off in the end.”

Goal scorer of the winning goal in the final Hori Mahiro paid tribute to the fans who kept cheering them on over the three days at the Padang.

He said: “The fans kept me going even though it was my third day and it has been very tiring. But I had to win it for them.”

Perth Glory skipper Riley Warlind said that the disappointment of losing in two consecutive finals will not deter his side from wanting another crack at the championship.

“We are obviously very disappointed but we will surely be back to try and win this tournament next year,” he said.

The JSSL International 7s and Professional Academy 7s had a record participation of 350 teams from 15 nations for the 2018 edition.