Valencia in fine form. Still the team to beat in the JSSL 7s. 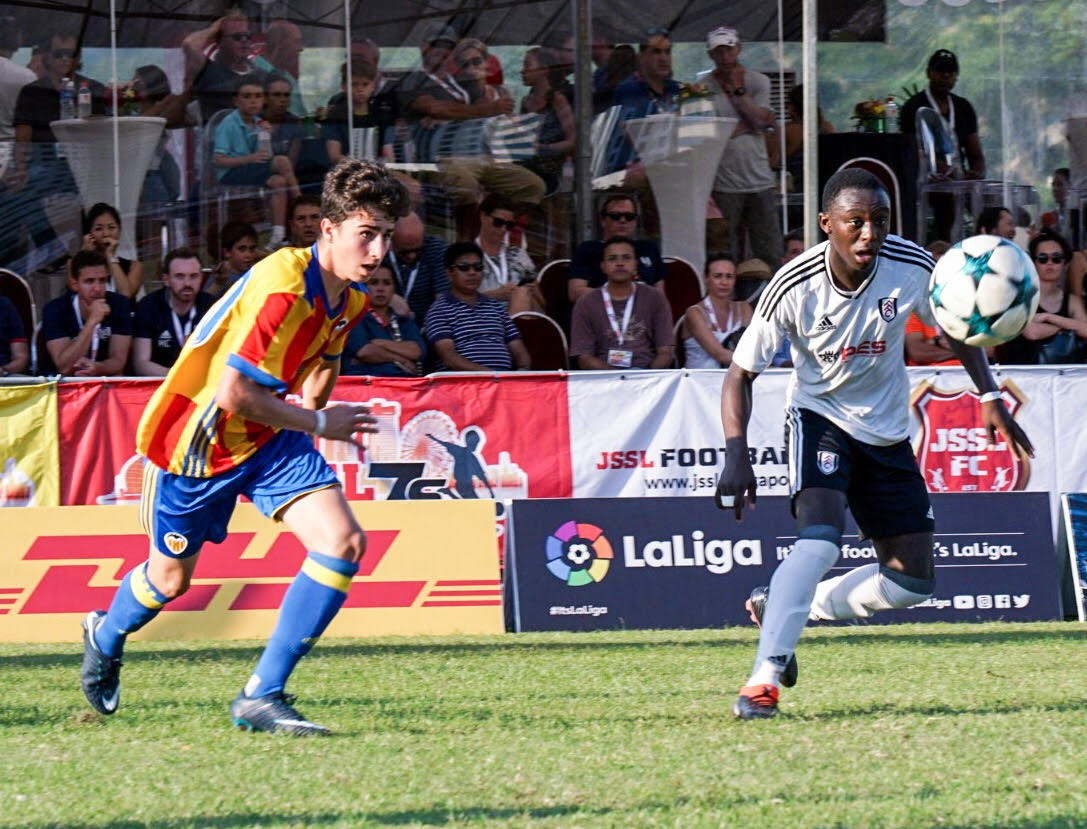 Valencia CF continued their form on Day Two of the JSSL International 7s and Professional Academy 7s and are still perched right on top of the standings.

Along with Australian side Perth Glory, the two sides are still unbeaten after the round robin matches which took place at the Padang.

The knockout stage of the tournament will start at 3pm on 30 April at the Padang.

Valencia, already sitting pretty on top of the table after Day One, continued their goal-scoring form on Day Two of competition, and picked up wins against Fulham FC (2-0), Japan’s Urawa Red Diamonds (2-1) and JSSL FC (3-0).

The only team which took points off the Spanish side were Perth Glory, which managed a 1-1 draw.

Perth Glory are the only other team in the standings which have also remained unbeaten in the tournament so far.

Crowd favourites Manchester United and Liverpool endured a torrid time under the scorching sun and could not keep up with the marauding Spaniards who have amassed 19 points from seven matches.

Manchester United picked up a win against Bangkok United (1-0) and then managed draws against JSSL FC and Perth Glory (1-1).

Liverpool picked up wins against Bangkok United (3-0) and JSSL FC (1-0) and also managed a draw against Fulham (1-1).

The JSSL International 7s and Professional Academy 7s had had a record participation of 350 teams from 15 nations for the 2018 edition.

The knockout stages will be held at the Padang on 30 April and will start at 3pm.