One step away from the final. Jakmania awaits. 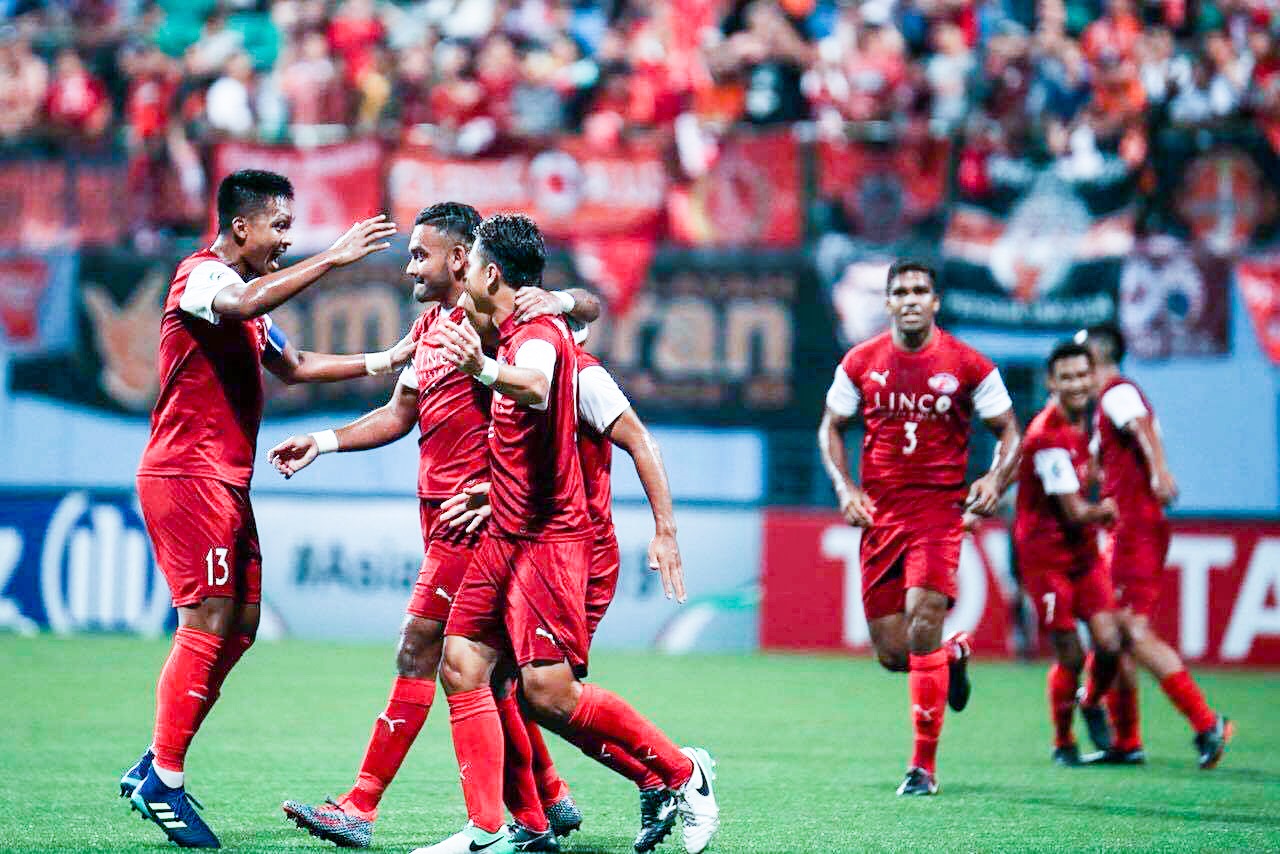 Home United took a step closer to the Asian Football Confederation (AFC) Cup zonal final after they pulled off a 3-2 win over Persija Jakarta at the Jalan Besar Stadium on Tuesday night.

It was a combination of atrocious defending and some good fortune which gifted the Protectors with the single goal advantage.

Home United took the lead after just two minutes when a criss by Shahril Ishak was turned into the Persija net by its own defender.

It was then end to end and even though Home went two nil up, the Jakarta side pulled back with two goals to even scores until Hafiz Nor scored the winner through a 30-metre piledriver.

The return leg in Jakarta will be held on 15 May.