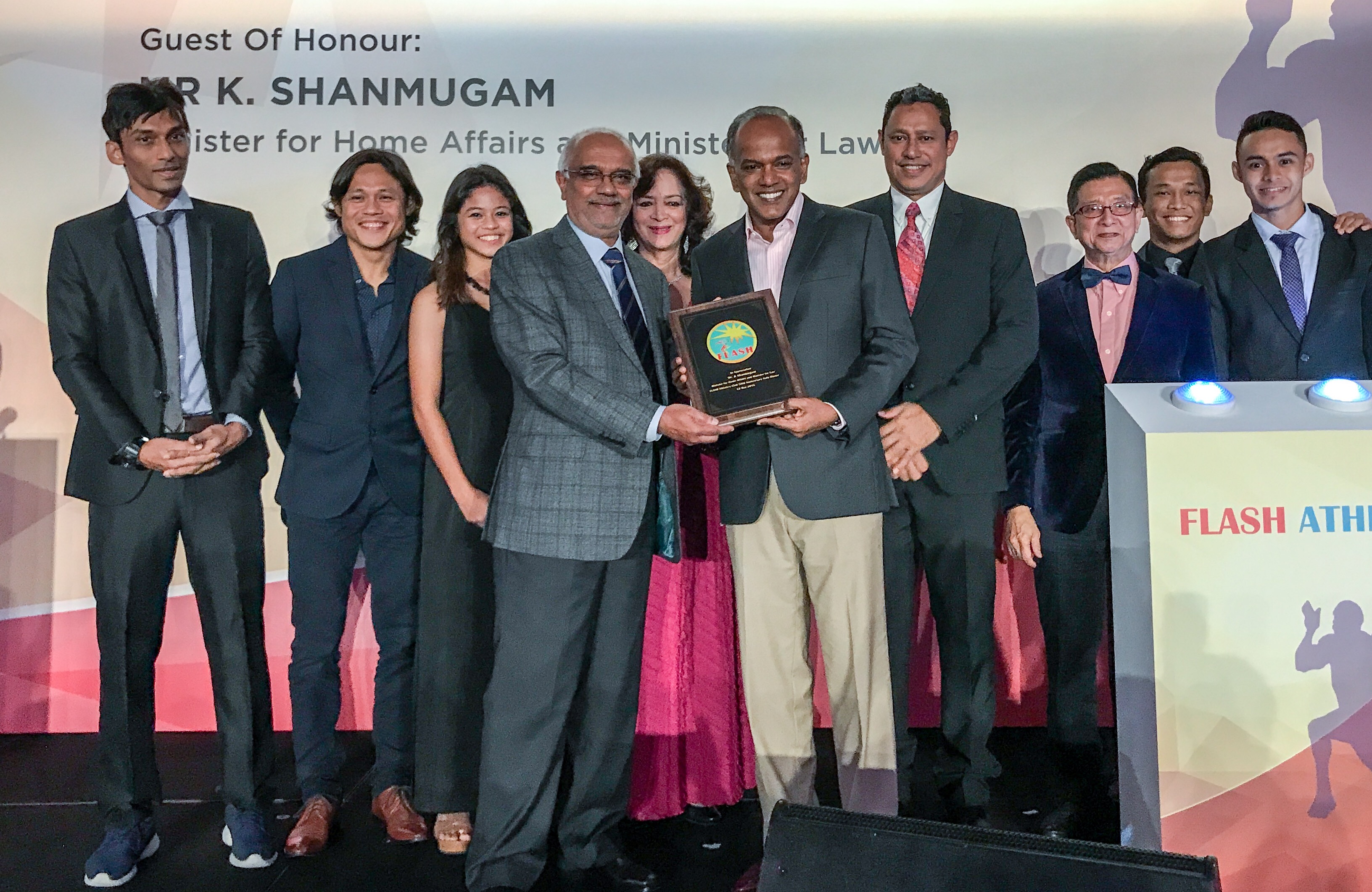 One of Singapore’s most illustrious track and field clubs which has been home to the likes of Chee Swee Lee, Haron Mundir, UK Shyam and many other athletes celebrated its 50th anniversary in style at the Mandarin Orchard.

Along with a new logo which was unveiled by guest of honour and Minister for Law and Home Affairs K Shanmugam, Flash Athletics Club also announced a financial support scheme for its athletes.

Said Mr Edmond Pereira, President of Flash, “We have had 50 years of being a part of track and field in Singapore, and together we have been witness to so many magical moments in the sport. It is our mission to continue our aim of bringing the sport to the masses, and to help bring many more such amazing memories for SIngapore athletics.”

In his speech, Minister Shanmugam said that with the right support, there was no reason why Singapore could not win a track and field medal at the Olympics.

He said, “It may seem unrealistic for us to win an Olympic medal in athletics, a sport dominated by Americans, Europeans, Caribbean people – mostly of African origin. But the Japanese, Chinese, Koreans have won medals before. With right support, effort, it is doable. Singapore won an Olympic gold medal two years ago – in swimming. No reason why we cannot win a medal in athletics.”