Here are some questions about the Decathlon, SportSG MOU. 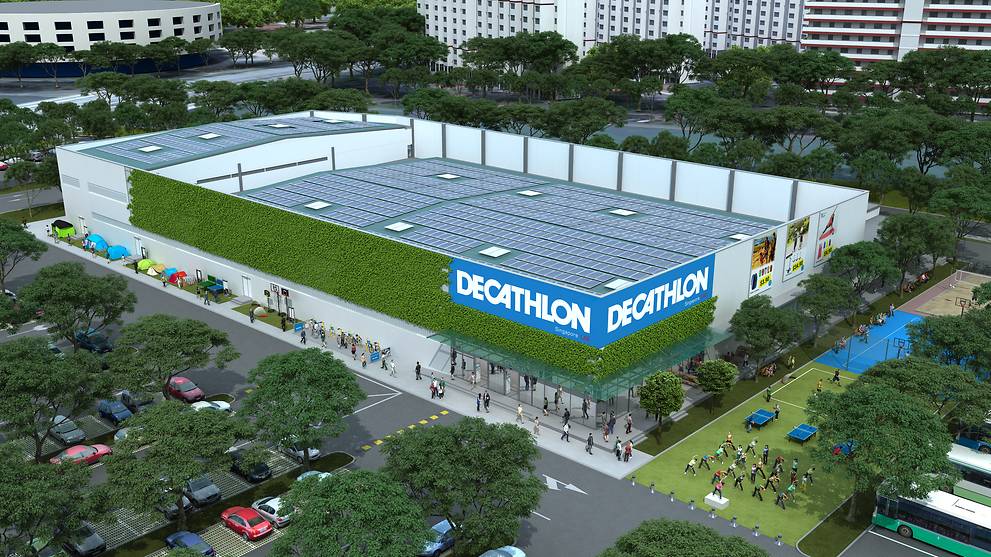 Towards the end of 2016, Singapore’s national cricket teams were displaced from their training site in Kallang, as the government agency did not renew the Singapore Cricket Association’s year-on-year lease of the space. The teams ended up training in Johor Bahru, about 70km away from the checkpoint.

The result of a facilities squeeze, the field was taken over for use by ActiveSG’s Football academy, the government’s own nation-wide sports programme which is funded by taxpayers.

Apart from cricket, the all familiar refrain of lack of playing spaces reverberate all over many National Sports Associations (NSAs) as a consequence of Singapore’s spatial crunch.

With space remaining critical towards building a sports-centric Singapore, it is rather puzzling that Sport Singapore has chosen to sign an MOU with a retailer to build yet another mega-store in an area which could well have been used for playing or finding a creative use of the space for various other sports in collaboration with the community who live in the area.

What’s worse, the area which has been designated for the Decathlon Singapore Lab site is also just about one kilometre away from two other malls in the Kallang area – the Kallang Wave Mall and the Kallang Leisure Park.

Wouldn’t this new Decathlon mega-store which is being supported by the Singapore Government, affect sports businesses and tenants already in the Kallang Wave Mall and Kallang Leisure Park?

Also, weren’t the Kallang Wave Mall and the Sports Hub, meant to be the one-stop destination for Singaporeans to engage in sports, entertainment and retail?

With the sports retailers in the nearby malls likely to be affected by this new development, were the Kallang Wave Mall and Kallang Leisure Park operators and its tenants apprised of the Decathlon deal prior to the MOU being signed?

It’s one thing to deal with market forces and recalibrate, but it’s a totally different ball game when it’s a government-led initiative.

With retail already facing a major downturn in fortunes in Singapore, what metrics did Sport Singapore use to determine that the space allocated to Decathlon will help with building a sports culture and help develop sport in Singapore?

How will this MOU be measured in future to ascertain impact and value to Singapore’s sports industry? How will the retailers in the Kallang Wave Mall and Kallang Leisure Park benefit from Decathlon’s presence in the area, if at all?

What is the 15-year value of the land lease which has been given to Decathlon?

What is the value of sponsorship Decathlon is providing in return to Sport Singapore? How much is Decathlon paying for the use of the land?

Was there a request for proposals from other commercial entities so that other possibilities could have been considered for the use of the space?

Did the Government conduct an impact assessment on other smaller sports retail businesses in the area before this MOU was signed?

What is the justification for this government-supported expansion of Decathlon?

Finally, from a community perspective, the cluster of flats around the Kampong Arang Road and Kampong Kayu Road in the Mountbatten district near where the retail store will be built is home to predominantly elderly residents.

Have these residents and the community been engaged on the matter as the construction will mean pollution and a certain degree of inconvenience to them, even after the store is up and operational.

The Government’s MOU with Decathlon leaves many questions unanswered, requires a lot more justification and convincing from multiple perspectives.

It is rather odd that these questions were not posed to both parties and details seem absent from all media reports.