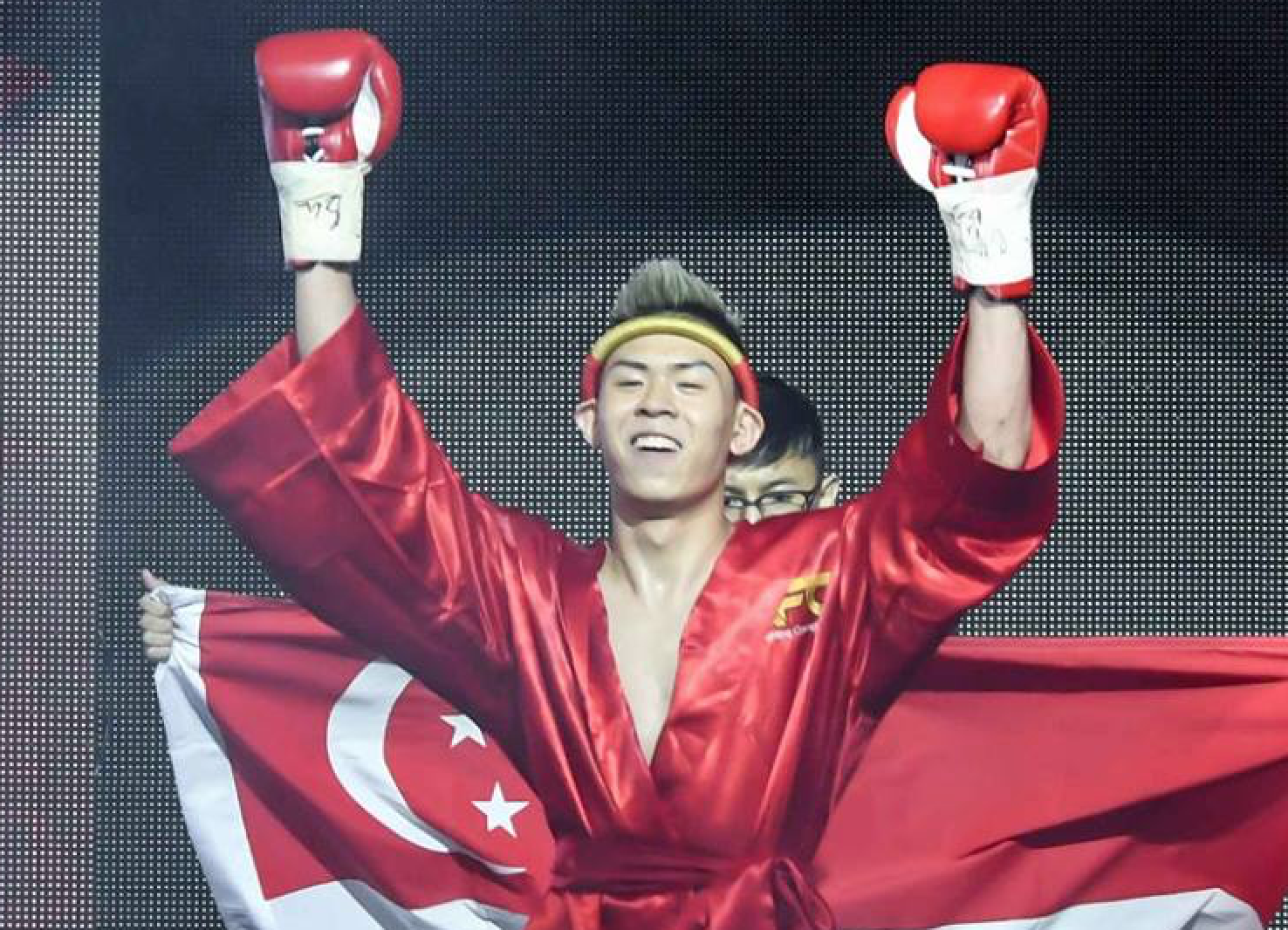 Instead of spending time at the movies or hitting the pubs with his friends, he has found a much more meaningful and painful way to spend his time.

He is a muay thai fighter and will be representing Singapore at the upcoming Asia Fighting Championship to be held in Kuala Lumpur on 21 September.

The Aerospace Engineering student of Temasek Polytechnic first got interested in martial arts when he watched movies like ‘Never Back Down’ when he was growing up.

“I thought it was cool to be a martial arts fighter, and be able to challenge myself in such extremes,” he said.

He considers professional mixed martial arts fighter and boxer Conor McGregor as the person he looks up to for inspiration purely because of the self-confidence McGregor exudes.

With martial arts being a contact sport, he had to make a pact with his mother that he would do well in his exams just so he was allowed in the ring.

He first got into the ring when he was 15 under Evolve and then moved over to Muse Fitness Club with his friend and fellow muay thai exponent Brandon Ng.

The upcoming battle with Indonesia’s Dwi Soekarno in Kuala Lumpur for AFC02 will be his eighth fight in the ring.

He has also fought in two amateur fights in Phuket and took on another three pro fights.

Last year, he faced off against Malaysian Saifullah Ismail in Singapore for AFC01 at the Marina Bay Sands but did not end up with the winner’s medal.

“It was a close fight, but the decision was given to the winner. I was demoralised after the fight and watched the video over and over again, and started working on areas which I needed to get better at.”

To prepare for the Kuala Lumpur date, he is currently training between five to six times a week at the Muse Fitness Club gym in Jalan Besar.

“It is intense, but it doesn’t really matter and I am enjoying what I am doing,” said the resident of Tampines.

“Muay Thai is intensive and competitive and pushes myself to be better, but I am determined to push myself to the limit.”

Tickets for the upcoming AFC02 in Kuala Lumpur are on sale and range from S$17 to S$50.