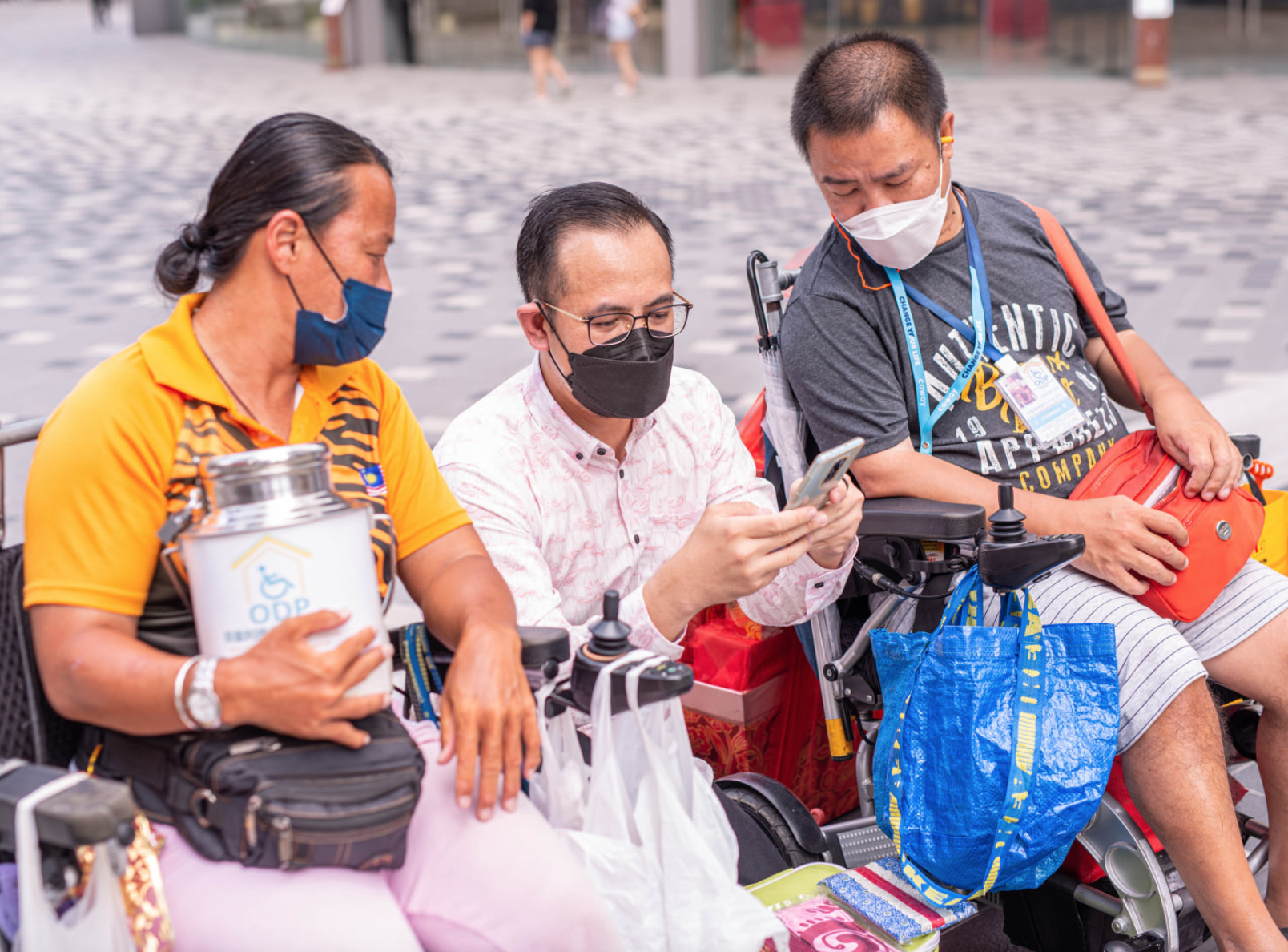 Five days ago, Malaysian news outlet Rakyat Post (see below) wrote about the plight of former Malaysian para athlete Koh Lee Peng who was selling tissue covers on the streets of Bukit Bintang in Kuala Lumpur.

The story captured the attention of Malaysians, including songstress Francissca Peter, with many lambasting the Malaysian government for their treatment of athletes, at the back of funding cuts for current Malaysian athletes.

Koh was spotted by a netizen named Fayadh Wahab, who then took to social media to document his encounter with the former para swimmer in a series of tweets.

On 20 January, Koh received a special guest in the form of former deputy Youth and Sports Minister Steven Sim.

And while at Bukit Bintang with Koh, the Democratic Action Party’s Member of Parliament for Bukit Mertajam bought out all whatever she had on sale on the streets.

He said that the amount was equivalent to his monthly salary as a Member of Parliament in Malaysia.

He also started a Shopee account for Koh on the spot while he was wth her so that she could also take orders from members of the public online.

“If you really want to help, let’s support her business,” said Sim in his post.

“Today, I’m wholesaling all the handcrafted products she sells.

“All handiwork is from people with disabilities, all are beautiful.

Koh, who has cerebral palsy, used to represent Malaysia at the ASEAN Para Games from 2001 to 2005.

The Penang-born para-athlete was also crowned Penang’s Best Paralympic Sportswoman in 2015, and the 2016 Female Paralympian of the Year at the Penang State Sports Awards in 2017.