Where is the support for families who lost loved ones for the country? 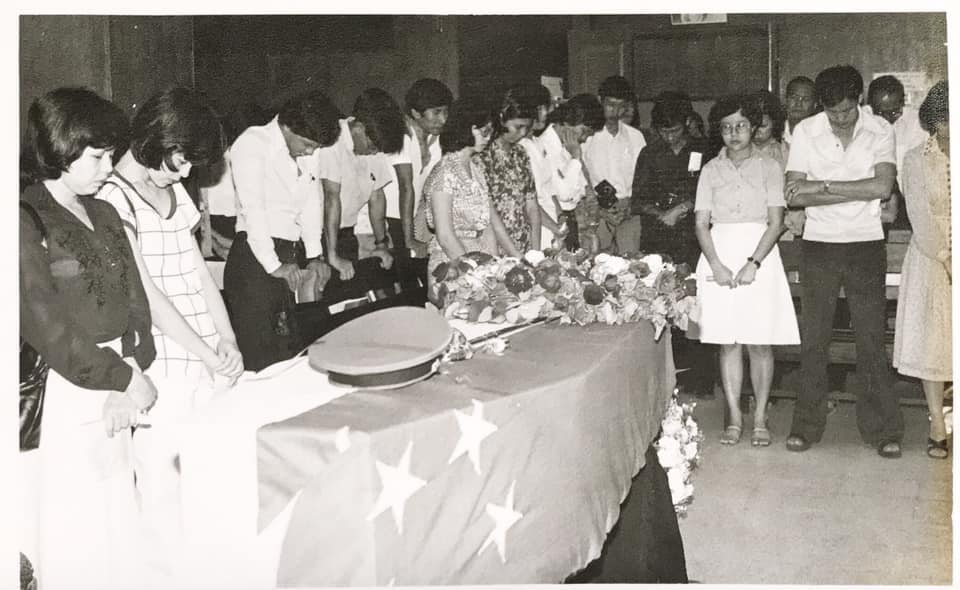 On Dec 19 1979, while on a training flight in the Philippines, four Republic of Singapore Air Force pilots died after three A-4 Skyhawks crashed into the mountain in the Quezon province.

Their remains were never discovered and their coffins only had a part of the wreckage and a handful of earth from the crash site.

A resident of Toa Payoh Lor 8, who is a widow of one of the pilots who lost his life, shared the information with me during a recent house to house visit, and asked for my assistance to raise the issue on her family’s behalf.

She shared that as part of the compensation, the family received $35,000 (presumably as part of Workmen’s Compensation), which was used to pay off the mortgage for their HDB home (which she is still living in). The Home Protection Scheme administered by CPF Board which covers HDB owners in the event of death was only started in 1981 which means she had to keep paying for the entire mortgage of the home.

Apart from the $35,000, her two young daughters who were 18 months and 6-years old then received $100 a month as expenses for school until they reached the age of 18 and also had to work part-time to pay for their University education.

The widow could not work, as she needed to look after an elderly parent, who is 93 years old now and is still living with her.

In addition to the workmen’s compensation and the school allowance, the widow has been receiving a monthly payout. Today, almost 40 years after her husband’s death, the amount stands at $978.33 per month. She showed me her bank book to prove the monthly payments.

She also informed me that no one from MINDEF has officially made contact with her or her family for decades.

There are a few questions which need to be addressed.

1. How often does the Government review the monthly payouts which next of kin of our fallen servicemen and women who are killed in the line of duty receive, if at all? What does it commensurate with?

2. Does the Government take cost of living into consideration? In this instance, the amount which the widow receives is less than $1000 a month.

3. Is there a stakeholder engagement strategy in place to ensure that survivors of such tragedies continue to get the after-care support from the Government and/or the community? If yes, why then, in this instance, has the family not heard or had follow ups from the relevant agencies at all, as shared by the widow?

4. How many such families are out there, who have lost their loved ones in the line of duty before 1980 who are receiving almost the same payouts as the widow who shared her issue with me?

Families and especially the widows or widowers of our servicemen and servicewomen who die while in uniform should be honoured and treated with respect, so they can lead dignified lives after they lose a loved one.

This is the least the country could do for them for the huge sacrifices they have made after losing a loved one for the country.

*Photo provided by the family.