Thailand score goal from corner and end up 4-2 winners against Indonesia. 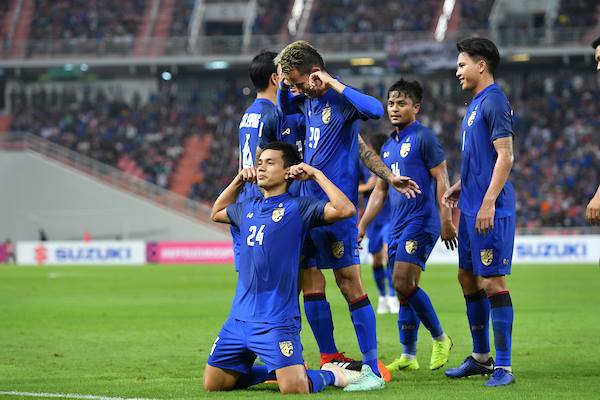 Thailand racked up another three points in their Group B match against Indonesia at the ongoing ASEAN Football Federation (AFF) Suzuki Cup , leaving them at the top of the table standings on goal difference ahead of Philippines.

Singapore are in third place with three points from two matches with two more matches to play against Timor Leste and Thailand.

Indonesia, on the other hand, look like pretenders after suffering their second defeat in the tournament.

Touted as possible dark horses pre-tournament, the Garudas also lost to Singapore but managed a win against Timor Leste.

Among the four goals scored by Thailand, one was a  wonder goal from a corner, which helped them recover after going down one nil only ten minutes earlier.

Thai left-back Korrakot Wiriyaudomsiri, who turns out for Buriram United in the Thai League 1, managed to curl his corner beyond the reach of goalkeeper AS Raharjo.

Thailand are among the favourites alongside Vietnam to lift the 2018 AFF Suzuki Cup.