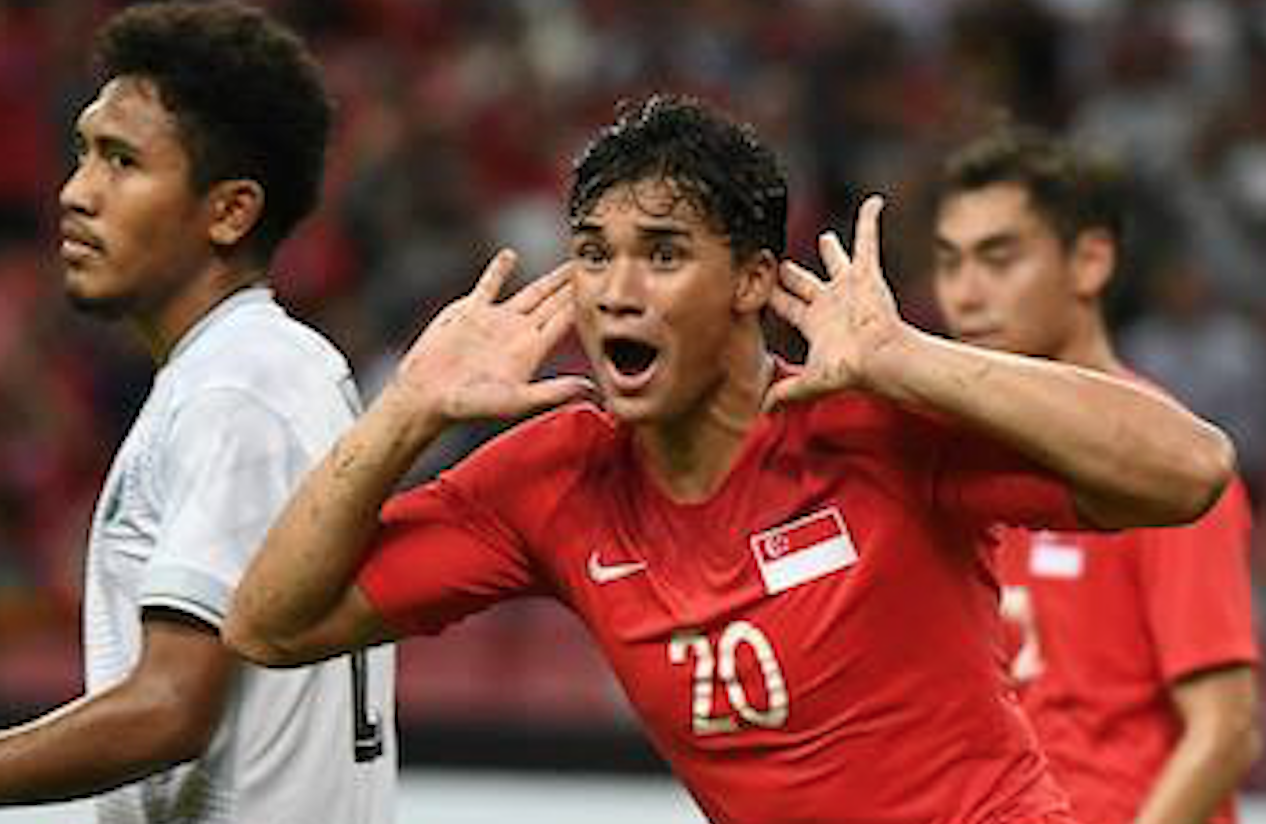 Fandi Ahmad could not be a happier man when his Lions ran out as 6-1 winners at the National Stadium in their Group B ASEAN Football Federation (AFF) Suzuki Cup tie against Timor Leste.

But the win may not be enough for the Lions, and will now need to avoid defeat against Thailand in Bangkok on 25 November and hope for the result of the Indonesia and Philippines match to go its way.

The Thais are still top of Group B and are level on points with Philippines who both have seven points each after playing out a 1-1 draw.

For Singapore, it will now need to ensure it avoids defeat at the Rajamangala Stadium and then hope for Indonesia to beat the Philippines in Jakarta. Only then, will Singapore qualify for the semi-final stage.

The draw against Philippines also means that the Thais will not be able to take the match lightly as a loss against Singapore could also eliminate it from the semi-final stage if Philippines manage to beat Indonesia.

A hat trick by Safuwan Baharudin, a brace by Ikhsan Fandi (including an acrobatic bicycle kick) and another by Faris Ramli was how SIngapore earned its six goals at the National Stadium.

It was the Lions biggest win at the new National Stadium since it opened in 2014.

Singapore has also scored the same number of goals in this tournament compared to the previous two Suzuki Cup campaigns in 2014 and 2016 combined.

In 2014, Singapore scored six goals in total, and only scored one goal at the last Suzuki Cup in 2016.