Singaporean students go from being e-racers to race drivers. 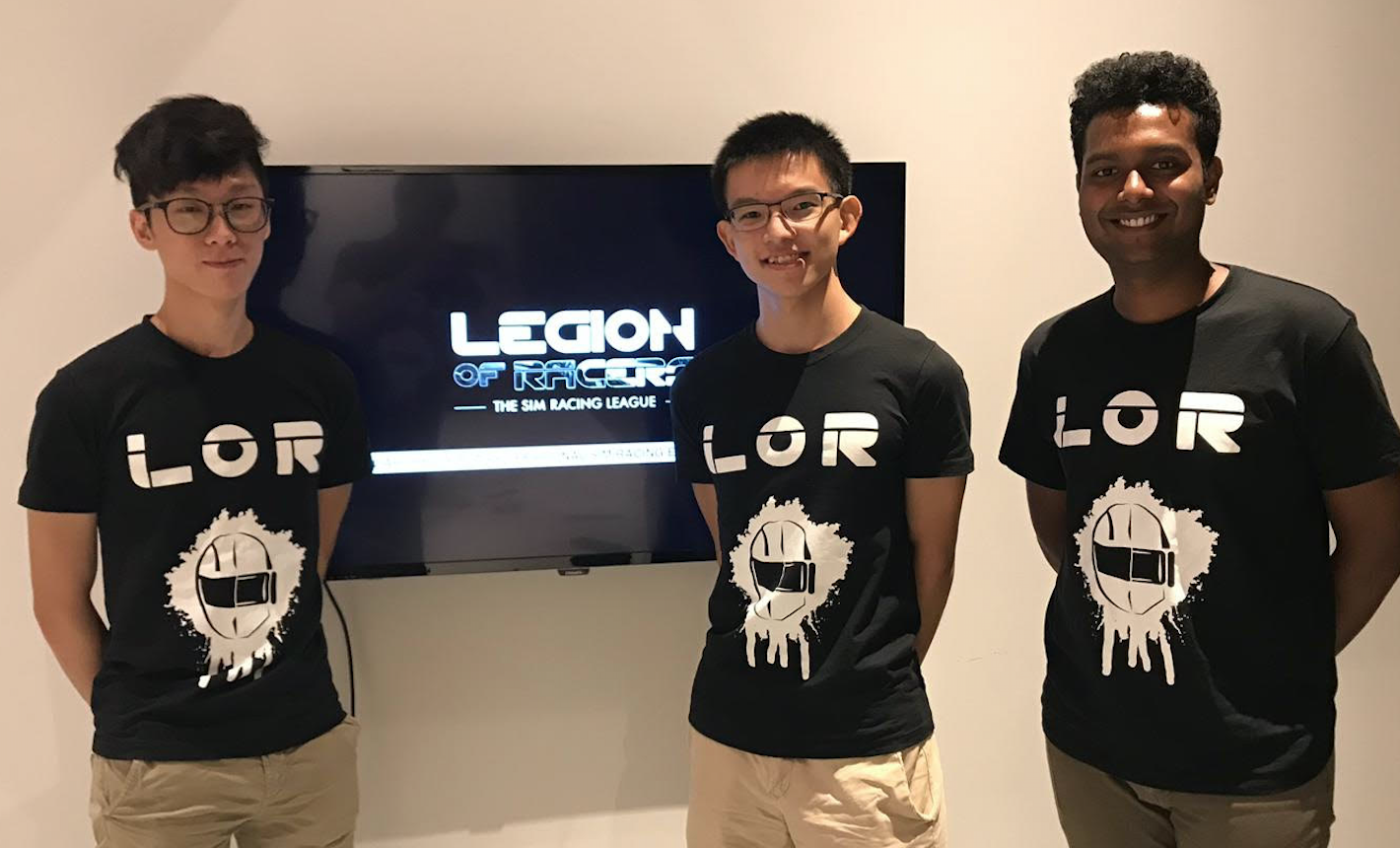 The best among the three racers will then be given a kart racing slot in the Rookie Class of the IAME Asia Series. The IAME Asia Series is Asia’s leading professional karting series that is organised by AutoInc EuroSports.

The trio – Jaden Low, Jason Tay and Muhammad Aleef emerged as the winners after a series of qualifiers and heats at the Legion of Racers inaugural season held at Game Start in October, which was sponsored by Monster Energy, Logitech, CloudMoolah and 9tro.

The contracts will see the boys undergo driver training for karts that will help improve their driving skills so they can compete in regional simulator racing leagues.

The LOR ‘digital to physical’ simulator league is the brain child of professional drivers and entrepreneurs Lim Keong Wee and Melvin Moh.

The duo who have been involved with high level GT racing and talent development created the Legion of Racers to provide a more accessible entry point into the exclusive world of motor racing.

Said Lim, a designer by profession, “Melvin and myself have been through the progression of Karting to GT racing and have noticed a lack of engagement of a wider audience in motorsports.

“While it is no surprise that Asia’s growth potential in motorsport is huge, we see an opportunity to create an esports centric league that is more affordable and appealing motorsport enthusiasts.”

Melvin Moh, who is a professional race car driver and coach said, “The world of e-gaming has grown exponentially and we are honoured to play our part to help our young enthusiasts achieve their driving dreams. Racing simulation is a very established and versatile platform that is used from professional racing drivers to every day gamers. The skill sets are the same in digital and physical forms.”

The trio of racers are looking forward to the opportunity to train and then have a shot at being called up as a Rookie for the X-30.

Said Jason Tay, a 22-year-old Singapore Management University student: “It is great to be part of LOR after sim racing an individual all these years.

“I am thankful to receive substantial support by LOR to turn us into better drivers and be given opportunities to share our passion with the public through events and roadshows.”

Added 22-year-old Jaden Low, “What sets LOR apart from other sim racing is the involvement and interest in searching for talent from the community and bringing sim racing to an accessible stage where everyone can take part.

“Melvin and Keong Wee, who head LOR, are experienced racers who compete in real world racing and have expert knowledge that they are very open to sharing and applying in sim racing.

“LOR is a very encouraging platform for those in the community to give sim racing a shot.”

20-year-old Temasek Polytechnic student Aleef, who has won multiple Sim championships previously, added how the growth of LOR in Singapore has helped attract fans and players from the various neighbourhood communities.

“LOR’s entry is a huge welcome to everyone interested as not only do they have the Sim racing expertise, but real life experience from Melvin and Keong Wee which is very encouraging for Sim Racers looking to learn from actual professionals in real life!”