Bernd Stange: Nothing has changed 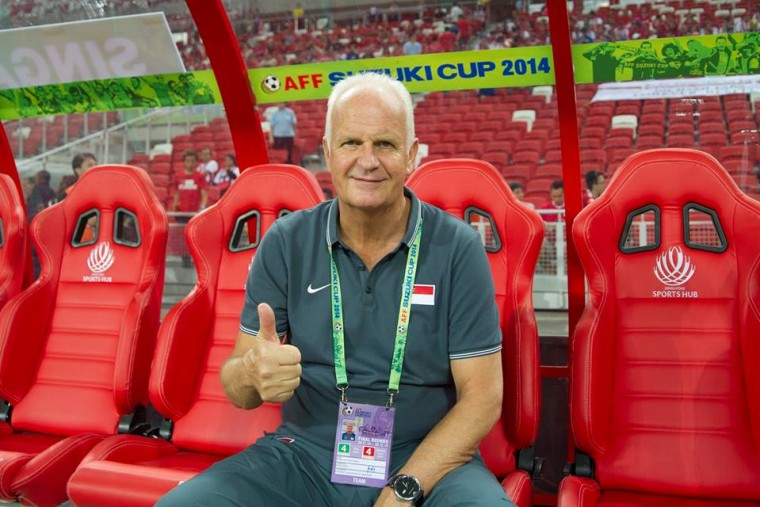 His comments were made to ESPN FC in an interview as he prepares Syria for the 2019 Asian Cup which takes place in January.

He told ESPN FC: “Nothing has changed in Singapore.”

“Until the government and the sporting authorities show a genuine desire to make football more professional and to make changes, then it will stay the same.”

Stange spent three years as national coach from 2013 onwards and was also in charge of the Lions when it was eliminated from the group stage in 2014 even though the Lions were playing hosts.

“Under V. Sundramoorthy, they played a style of football of “park the bus” that was not the way for young players. Fandi was my assistant and he wants fast-passing football. He tried make the change but there is no chance for success.”

He didn’t explain why.

Stange also believes that one of the major changes Singapore must make to its football is to have an all Singapore league without the foreign teams – Brunei DPMM and Albirex Niigata.

“There has to be a league without foreign teams, a small league with just eight [Singapore based] clubs. These clubs must then have a professional base, youth teams at under-21, U19 and U16 levels and this is just a first step. At the moment, there is a league that is not loved and it not watched by fans.”

His parting shot was that he was sorry for Singapore’s football loving fans.

“Singapore can make amazing buildings but can’t provide good pitches for its teams,” he said.