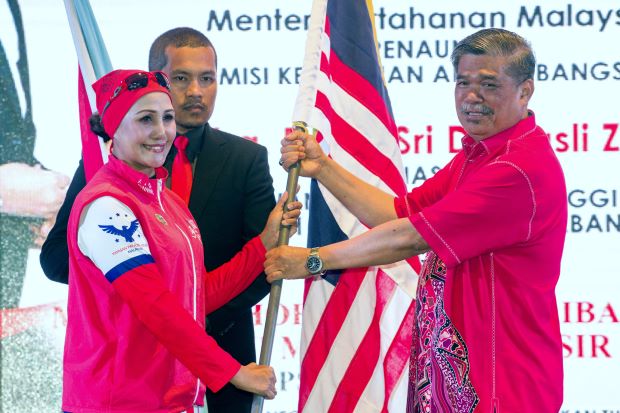 Malaysian national woman solo runner Honorary Major Dr Suwaibah Muhammad Nasir has asked for about US$1mil (about S$1.356m) ) to enable her to complete the Humanitarian Tour to Conquer 30 World’s Tallest Towers, reported The Star in Malaysia.

According to the report, she said the funds were needed to cover the “high costs of accommodation, airline tickets, visa applications and related matters to complete the mission.”

However, she is getting roasted by netizens who are asking why she needed so much money just to climb towers.

Suwaibah said that she has received some sponsorships so far, but these sponsorships were in the form of air tickets and accommodation.

“I foresee that I will be able to conquer four towers each month but this is subject to approval of the authorities in the different countries,” she told reporters at a movie premiere which was officiated by Defence Minister Mohamad Sabu.

In 2017, Suwaibah was conferred with the rank of honorary major in the Royal Malaysian Air Force’s Volunteer Reserve Team (PSSTUDM).

This was based on her achievements at the international level where she has run 1,111 km across the Sahara Desert and along the Silk Route.