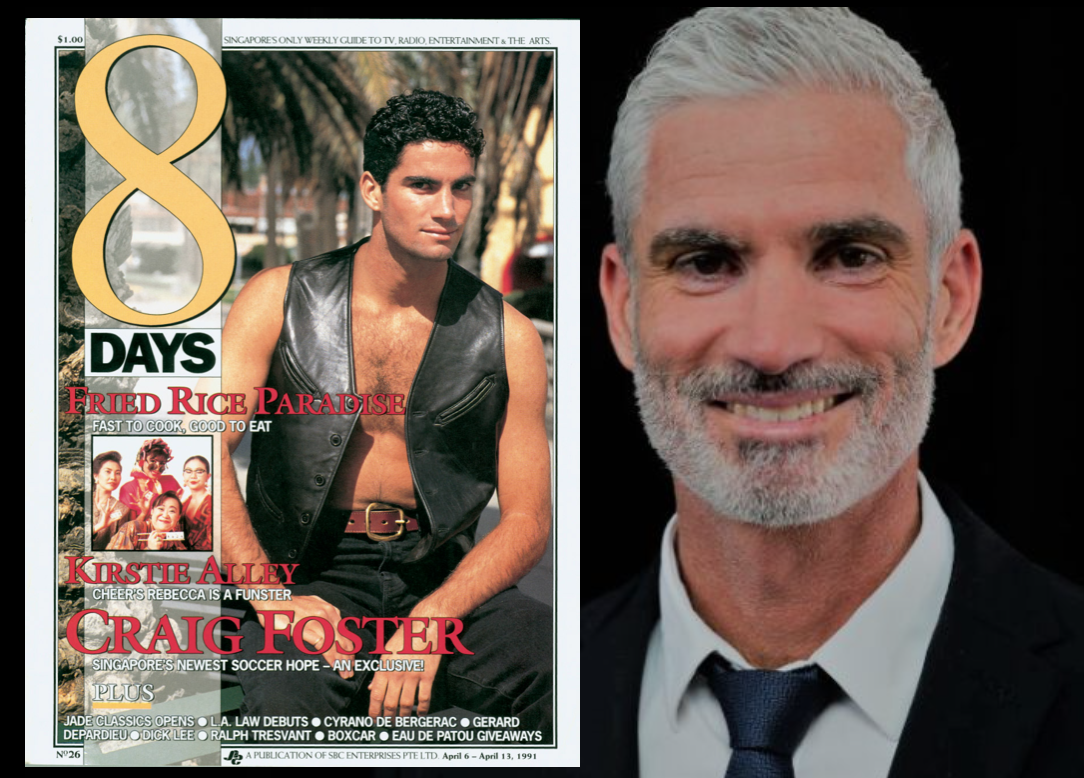 If you are a fan of Singapore’s Malaysia League and Cup escapades in the 1990s, the name Craig Foster should then ring a bell.

A member of the Singapore side which played in the M-League and Cup campaign in 1991 alongside Warren Spink, the 52-year-old is now a human right activist who had a hand in getting the Afghanistan women’s football team out of Kabul as the Taliban orchestrated a take-over of the country’s government and administration.

Speaking to the New Paper, he shared what ran through his mind the moment he found out that the Afghan women’s team had finally made it into the Hamid Karzai International Airport grounds after about 30 hours of waiting outside of the airport.

“That moment was one of both joy and deep relief,” he told TNP in a Zoom interview.

“I think a number of those involved in the rescue mission were in tears because the team had been trying for almost a day and a half.

“They were turned back a couple of times by guards.

“And in the end, to hear that they were inside, it gave everyone hope, because there were so many other athletes yet to come and others, non-athletes, that we wanted to help, and that was a moment when we knew that it was all possible.

“We knew we had succeeded, in the first step.

“And that gave everyone powerful motivation to continue.”

According to Foster, along with a group made of a number of former athletes, they have aided more than 100 Afghan athlete to escape from Afghanistan after the Taliban takeover, including Afghan Paralympians Zakia Khudadadi and Hossain Rasouli.

Khudadadi was due to become Afghanistan’s first ever woman participant at the Tokyo 2020 Paralympics but did not make the event amid the takeover and turmoil.

HOW IT ALL STARTED

It was sometime in mid-August that along with the Centre for Sport and Human Rights in Geneva and global footballers’ body FIFPro, Nikki Dryden, who is a former Canadian Olympic swimmer and Australian Alison Battisson, who is a human rights lawyer and former kickboxer, connected with Foster as the ground situation in Kabul was unravelling.

“That is something that we all felt strongly about – women’s rights, gender equality, and girls’ right to play sports is non-negotiable as far as we are all concerned,” he told TNP.

“So, I joined a call with the Centre for Sport and Human Rights and they were asking for governments around the world for assistance… they said there are many female athletes at immediate risk, and we need governments to provide protection and evacuation.”

NOT HIS FIRST TIME

In 2019, Foster was also right in the thick of action when Bahraini footballer Hakeem al-Araibi, who had refugee status in Australia, was arrested in Thailand on an Interpol alert posted by the Bahrain government.

Hakeem had previously criticised the Bahrain royalty, and was deemed a political prisoner, who would have been possibly tortured if he was returned to Bahrain.

That same year, Foster called on the global community to help refugees and asylum seekers in Port Moresby in Papua New Guinea, saying “I cannot unsee what I saw.”

He added that his time in Singapore, albeit over a short period and when he was very young, shaped his perspective of being a global citizen.

“Living in Singapore, playing with and befriending Chinese, Malay and Indian communities was the first step on a journey as a global citizen that informs my human rights advocacy today, this concept that we are all connected and have a responsibility to help each other whenever we are able to,” he told TNP.

“Sport provides us with social currency and leverage, gives us a platform, and with that comes great privilege and therefore responsibility. That is as applicable for Fandi Ahmad in Singapore, for example, as it is for Craig Foster in Australia.

“We can and must use our influence to help others who have not been afforded the opportunities that we have had and to help shape a better world, whether it is climate action and a sustainable planet, poverty or vaccine equity.”

“We look forward to welcoming the Afghan women’s national football team to Australia, and they will forever be symbolic of what sport can achieve when we mobilise our vast, interconnected global community.”

WHO IS CRAIG FOSTER

A year after Singapore football fans were bedazzled by Abbas Saad and Alistair Edwards, in came Craig Foster along with Warren Spink.

He was capped 29 times for the Australian Socceroos, and scored nine goals during a four-year period.

He possesses a law degree and has been involved in football commentary and punditry.