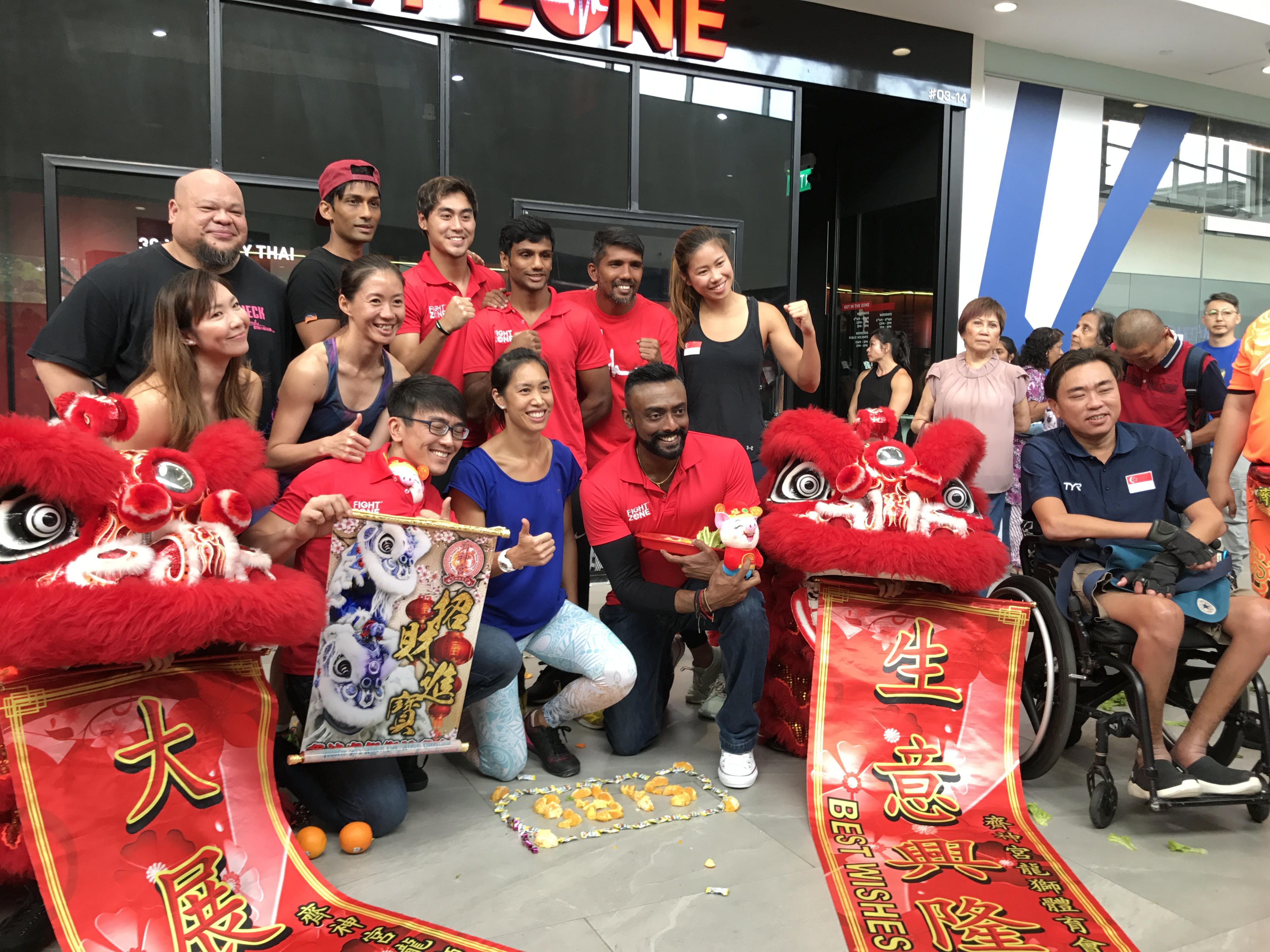 A Singapore-born fitness brand is aiming high. On 13 April, homegrown fitness brand FIGHT ZONE inaugurated the official opening of its outlet at AMK Hub on Level 3, and is already looking at launching its third outlet within the next six months at Velocity@Novena Square.

Apart from opening up more outlets in Singapore, the fitness experts are already looking at taking the FIGHT ZONE brand overseas.

Said Chief Executive Officer and founder of FIGHT ZONE Mr Sasidharan Unnithan, “FIGHT ZONE is a fitness brand which was born right here in Singapore. We have plans to take this concept to the region, and then to other parts of the world over the next few years.”

FIGHT ZONE was conceptualized in 2017 and it opened its first outlet at Suntec City towards the end of 2017, just months after the brand was created.

Since opening, the Suntec City outlet has already received more than 300 subscriptions, lending credence to the appetite for people to maintain healthy lifestyles.

Said Mr Unnithan, “Many people are understanding the need to stay fit and healthy. FIGHT ZONE allows them to burn at least 500 calories after just a half an hour workout, and gives them the right strengthening and cardio needs. They also have the benefit of a personal trainer who takes them through their workouts and they can monitor their own performance through their personal heart rate monitors.”

With the AMK Hub outlet already operational since March 2019, FIGHT ZONE is now already getting their third outlet in Velocity@Novena Square up and running, and will be opened within the next quarter.

Mr Unnithan also announced that retirees over the age of 60 will have a 50% discount if they signed up for a monthly subscription.

“We see the need to have our elderly stay healthy in the community and we want to help them. This is our local plan, but our ultimate plan is for FIGHT ZONE to take the franchise overseas to neighbouring regions with the hope that the brand goes global within the next few years.

“There are many fitness gym brands which started elsewhere which have come to Singapore. We need to show that we also have a brand and a model which can be taken overseas. This is a brand which is born right here in Singapore,” added Mr Unnithan.

FIGHT ZONE is looking towards providing athletes, sports associations and professional clubs an opportunity to use the space for special training sessions where necessary.