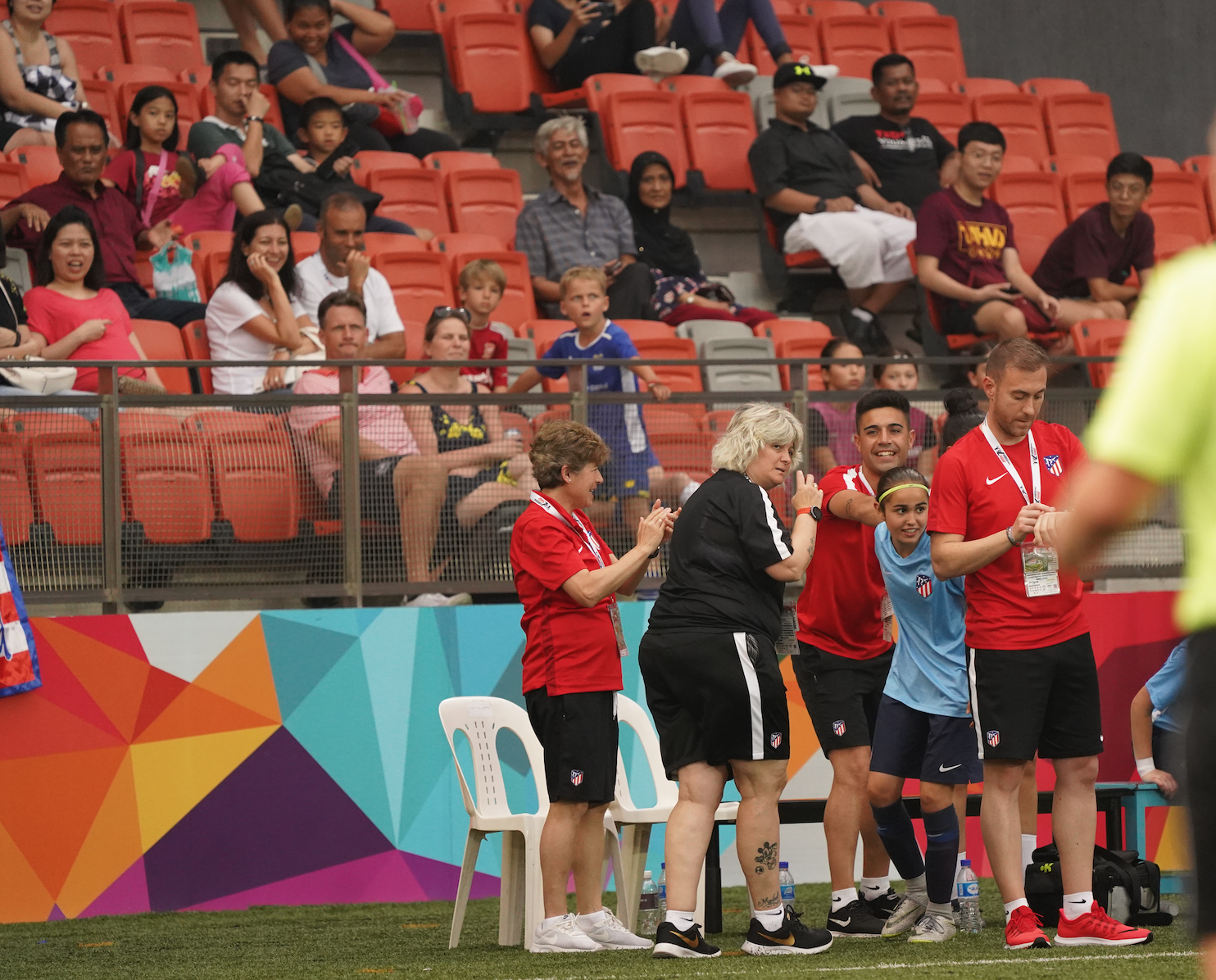 After completing the round robin of fixtures in the Girls Group, the young ‘femeninos’ from Atletico Madrid appear almost invincible.

Unbeaten in five matches, the girls have scored 10 goals and conceded only two goals.

Their two goals were conceded on Day One in a 2-2 thriller against Barcelona.

On Day Two, the young girls from Atletico fired two 1-0 wins over both Valencia and JSSL FC to remain on top of the standings with 13 points.

The semi-finals of the girls tournament will kick-off at 5pm at Our Tampines Hub on Sunday, 21 April.

In the boys competition, Arsenal, Valencia and Fulham are all tied on 10 points at the top of both Groups A and B, which means that the road to the final is set to be an exciting one.

The final rounds of the competition will kick off at 2pm at Our Tampines Hub on Sunday, 21 April.