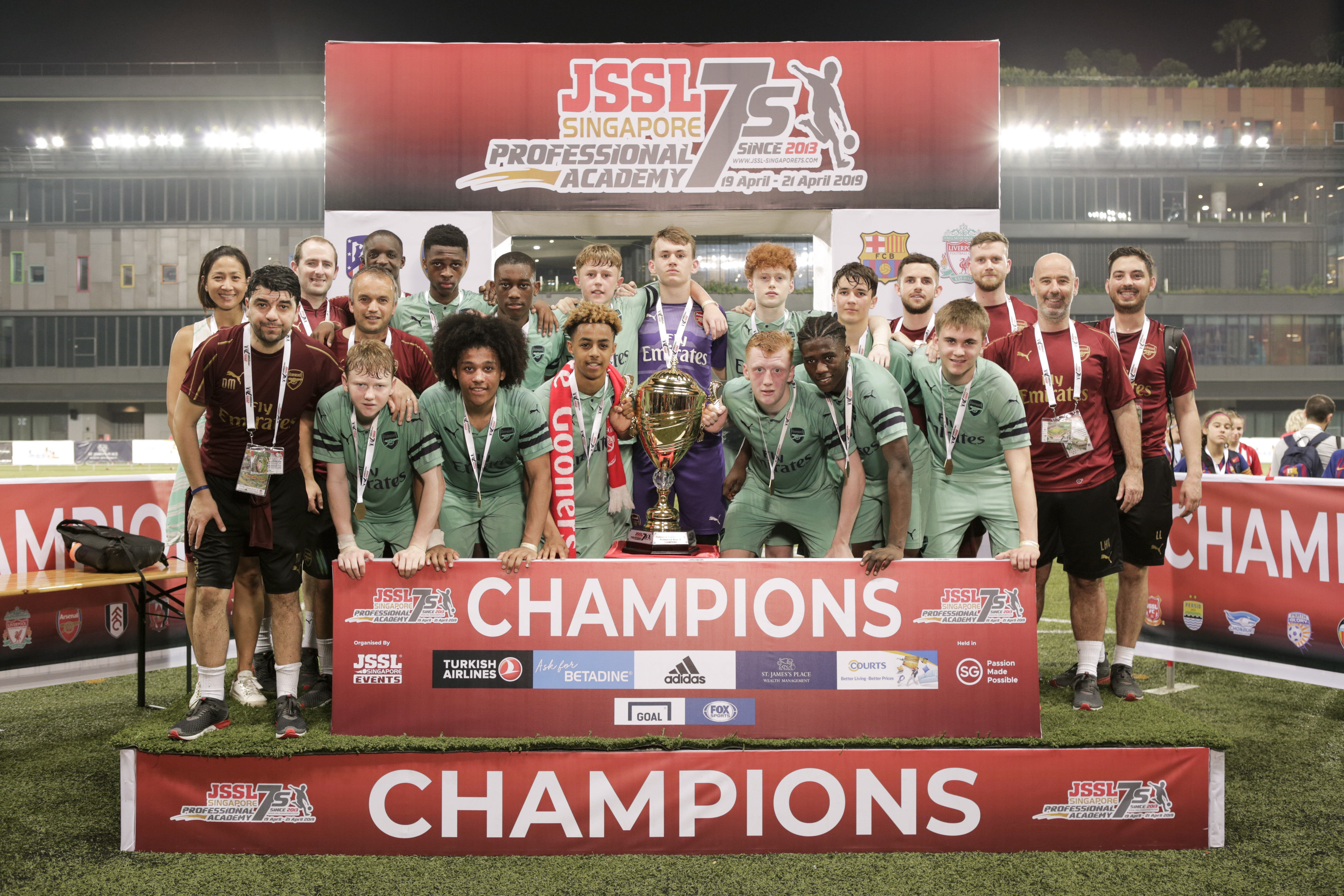 Supported by the Singapore Tourism Board, more than 20,000 spectators were on hand at the stadium over the three days to witness the young Gunners score two goals within the half an hour of play over Australia’s Perth Glory to help the London-side capture the boys title in their inaugural appearance at the tournament in Singapore.

It was a hattrick of final appearances since 2017 for Perth Glory they have ended up as runners-up on all occasions.

Said Micciche after the final whistle: “It has been an honour for us to be here. Singapore is a special country with special people. We have been bowled over by Singapore and the hospitality and professionalism of this tourmament and the JSSL team.”

39-year-old Micciche was a former England U16 national team manager from 2015 to 2017 and was also the head coach of English League One side Milton Keynes Dons in 2018. He joined Arsenal as its U15 head coach in November 2018.

He added: “At a club like Arsenal, there is always an expectation of winning, whether it is the first team or in the Academy. It is important that the players are groomed with the right mentality and with their hearts in the right place.”

He went on to describe how the players’ education needs as well as their close connection with the community form an essential part of their training.

The team returned to London on Monday, 22 April and Micciche said that he would be making a recommendation to the management to have the boys return to Singapore to defend their title next year.

“We would love to come back to the JSSL Professional Academy 7s next year if we have an opportunity,” he said.

Said Harvey Davis, Managing Director of JSSL Singapore, “The event has grown phenomenally and we are constantly aiming to do improve year on year. This year, the JSSL Singapore Football Coaching Convention and the girls academy competition added new dimensions to the event. There was also increase in the boys field from eight to 12 pro teams. We hope to be able to bring in the top professional teams from Germany and Italy for next year’s Professional Academy 7s.”

This year’s event attracted 420 participating teams, and more than 36,000 players, officials, family members and fans from across 17 countries around the world were part of the 2019 JSSL Professional Academy 7s, at the four venues island-wide which makes the 2019 event the largest ever since the inaugural event in 2013 which started off with 40 teams.