She plays with the boys at JSSL. She is now hoping for a chance to play in the US. 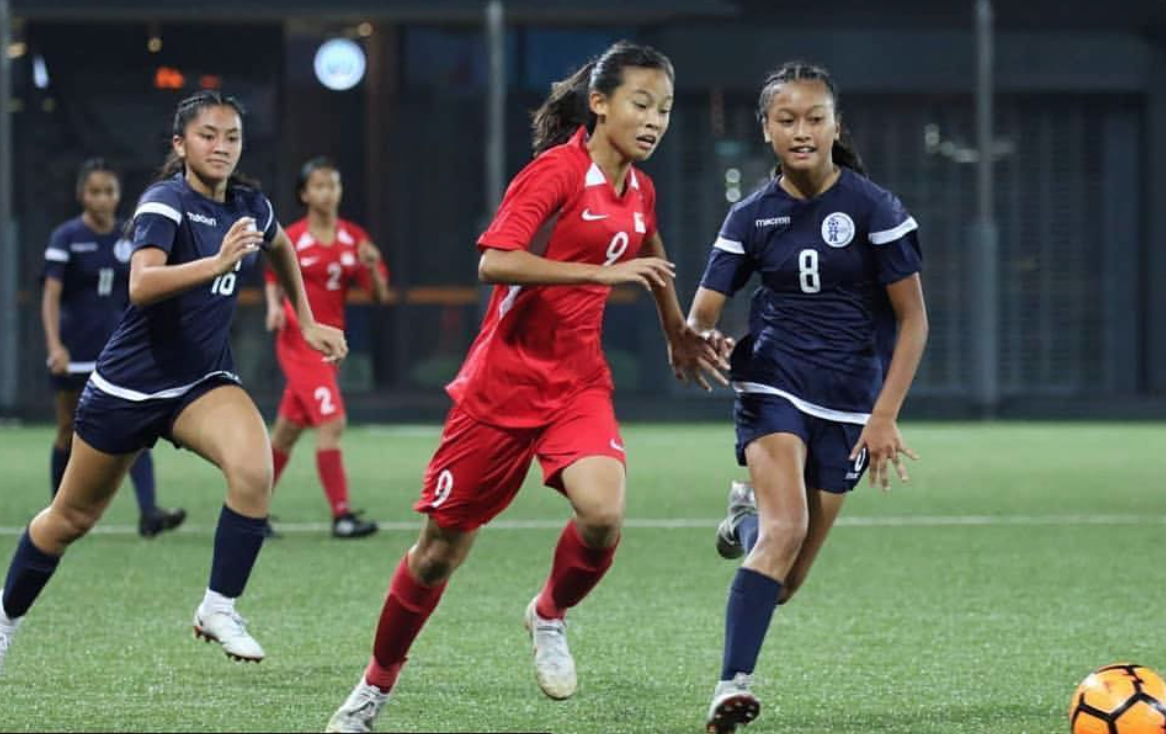 She started playing football at the age of six in private football academy JSSL – with the boys.

She is also the only girl playing in the all-boys league and has scored four goals in six matches in the U-14 JSSL League.

And now, according to a report in the New Paper, Danelle Tan is hoping to get an opportunity to impress coaches in the United States as she heads to Boston.

In an earlier interview with Goal.com, she had said: “I am hoping to get a scholarship to America and get into a good school there because the future for aspiring female footballers there are better.

“Additionally it can provide me with the environment to succeed as a footballer too.”

That opportunity has arrived as the Number 9 will head to Boston on 5 June for the New England Top 100 College Showcase.

The showcase will give her a chance to show off her skills and potentially snag a scholarship from one of the schools in the United States.

She has also trained with the Arsenal girls’ youth team in 2018 as part of a JSSL initiative.

She had said after her return that while at Arsenal, she “learned to think much quicker and this means starting to think even before I get the ball.”

The 14-year-old has also scored on her debut for Still Aerion FC in the Football Association of Singapore’s (FAS) Women’s National League and her goal debut at 14 years, six months and 26 days, installed her as the second-youngest goalscorer in the competition’s history.

Nur Atikah Ardini Salleh is the youngest girl to score in the tournament when she scored while at 14 years, five months and nine days old.

Danelle also finished as joint-top scorer in the UEFA-FAS U-15 Girls’ Tournament in March, alongside Moldova’s Colnic Iuliana. Both had five goals to their names.