This should be enough for the Young Lions to head to the SEA Games. 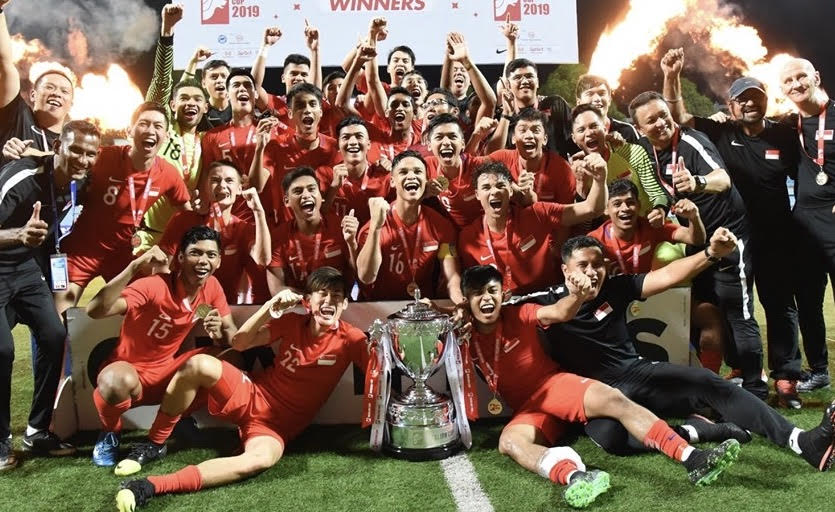 The Young Lions should have done enough to earn themselves a ticket to the Southeast Asian Games to be held later this year in the Philippines after scoring a shock 1-0 win over Thailand’s U22 side and lift the Merlion Cup in the process.

A lone strike by substitute Ikhsan Fandi just minutes after coming on as a substitute for Daniel Goh on the half hour mark was enough for the Young Lions to seal victory and lift the Merlion Cup in front of their home fans at the Jalan Besar Stadium.

Ikhsan’s goal was gifted after some shambolic defending by Thailand’s goalkeeper Korraphat Nareechan, who found himself in no man’s land outside his box.

And despite a slip, Norway-based Ikhsan was able to round the defenders who were closing in and steer the ball into the back of the net.

It was the striker’s second goal in as many games in the Merlion Cup.

Said Fandi Ahmad, head coach of the Young Lions: “This is a very good stepping stone for us as a team. Today we coped with the physical battle very well and stopped them from playing their game.”

The victory should provide the Singapore National Olympic Council enough justification to send the Young Lions to the SEA Games after they missed out on the Asian Games in Jakarta last year.