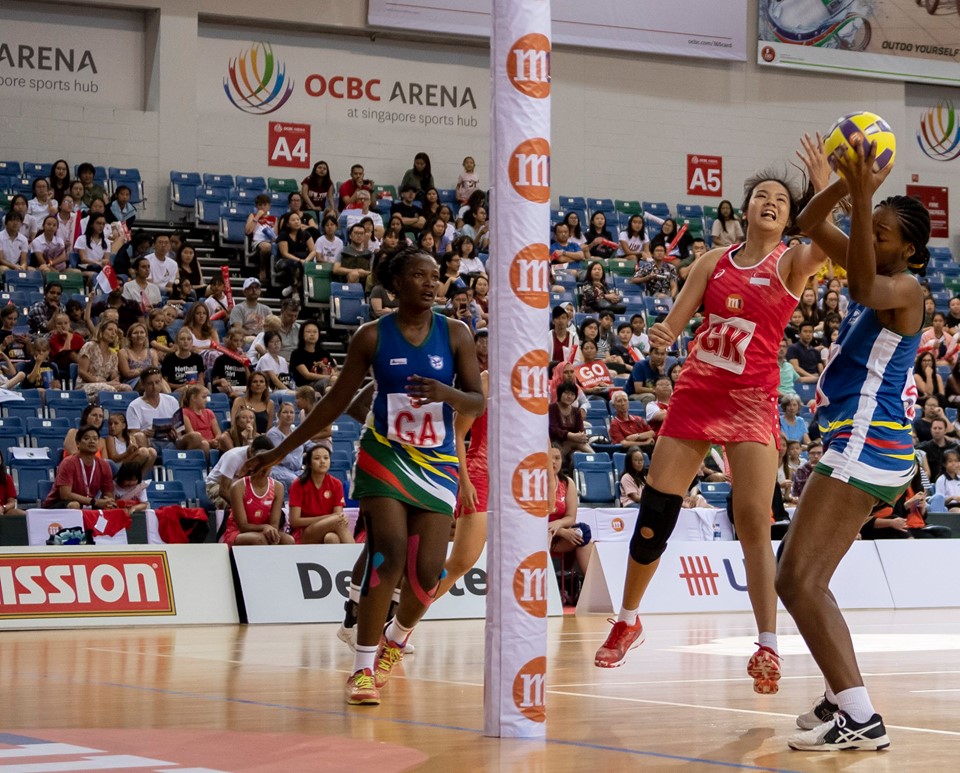 Singapore’s netballers opened their 2019 M1 Nations Cup campaign with a nail-biting 54-54 draw against Namibia on 20 October at the OCBC Arena at the Singapore Sports Hub.

The goal which levelled the scores for Singapore in the dying seconds of the match was scored by Charmaine Soh.

In comments to Straits Times after the match, Soh said: “It was crazy. At that point, a lot of things went through my mind, but I was like we have to put it out, we have no time and, thankfully, it went in.

“The team really supported well and managed to bring the ball down into the circle for us.”