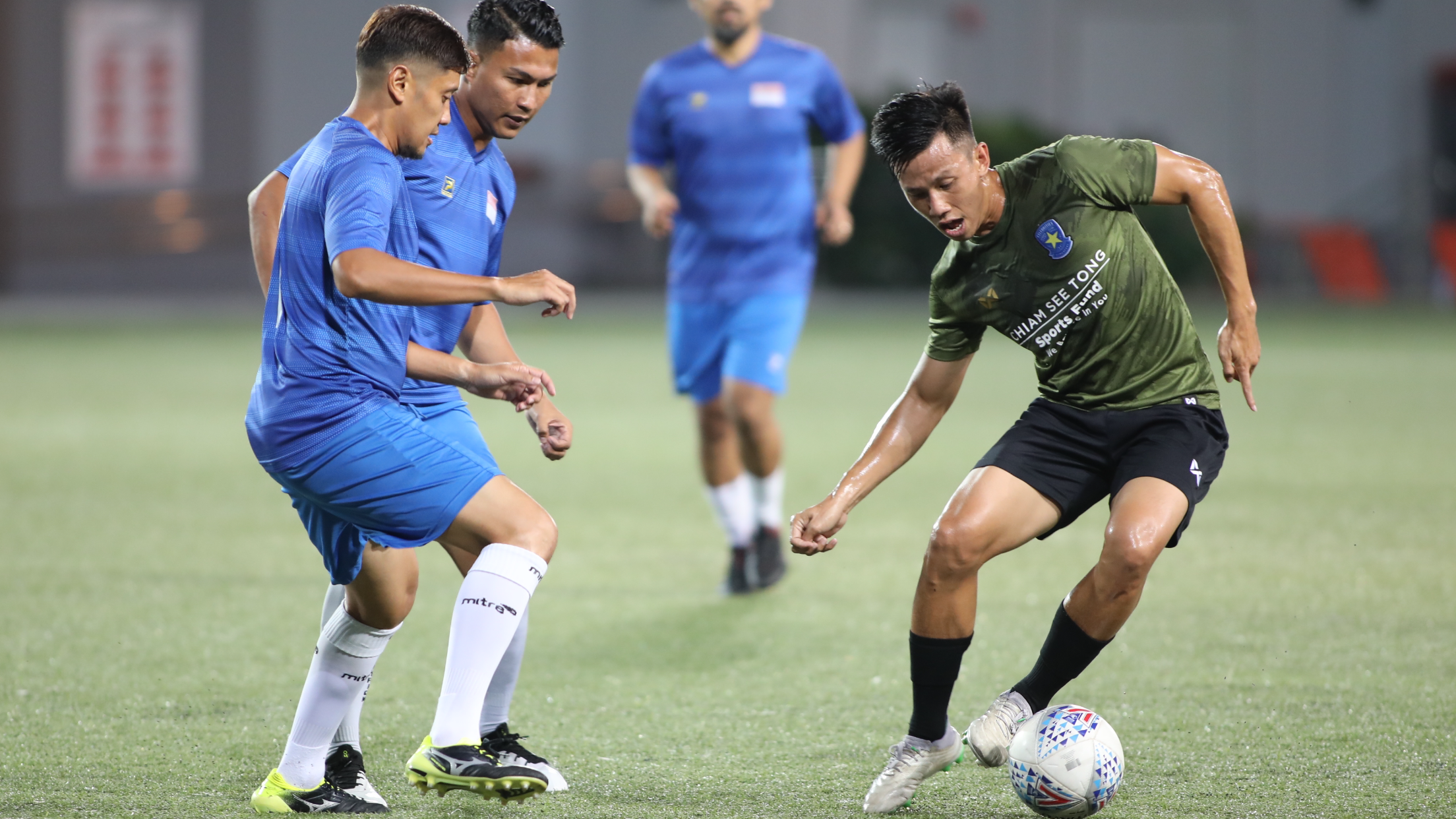 More than 400 fans turned up at the Our Tampines Hub (OTH) to cheer on the Celebrities Sports Club and the Singapore Ex-Internationals as they raised more than $9,000 for the Chiam See Tong Sports Fund (CSTSF) through the CSTSF Charity Shield 2020.

The match featured the Celebrities Sports Club and the Singapore Ex-Internationals.

The match ended 4-3 in favour of the Celebrities Sports Club with goals being scored by Desmond Ong, Jason Foo, Zheng Rong Ming and Terence Ong.

Said former national skipper Nazri Nasir, “This was a fun match and it was a great opportunity for us to reconnect with some old friends and to also make some new ones, all in the name of charity and to help raise some money for the Chiam See Tong Sports Fund.”

Added former Singapore Idol and Asian Idol Hady Mirza, “This was really entertaining and it was an honour to play alongside so many passionate people like Zheng Rong Ming and the rest, who care for others. It was a good way for me to catch up with friends who are fellow celebrities and also to be on the field with so many of our football heroes, players I used to always idolise.”

Said Mr Jose Raymond, Chairman of the Organising Committee of the CSTSF Charity Shield 2020, “We are thankful for the support given by everyone, who made the fundraiser a success. It was a brilliant way for us to connect with friends, on and off the field.

“The Board and staff of the Chiam See Tong Sports Fund would also like to thank all fans who turned up at the OTH to lend us their support, and to help in our mission to help others. Football and sports has an amazing way of bringing people together, and we are glad to have joined the dots between multiple organisations and people with this event.”

It was the second consecutive year that the CSTSF Charity Shield 2020 was being held at the OTH. All fans, officials and players had their temperature checks at the entrance before match as organisers took preventive measures in lieu of health concerns surrounding the coronavirus.

The CSTSF Charity Shield was supported by Eugene Thuraisingam LLP (ETLLP), and sanctioned by the Football Association of Singapore (FAS).