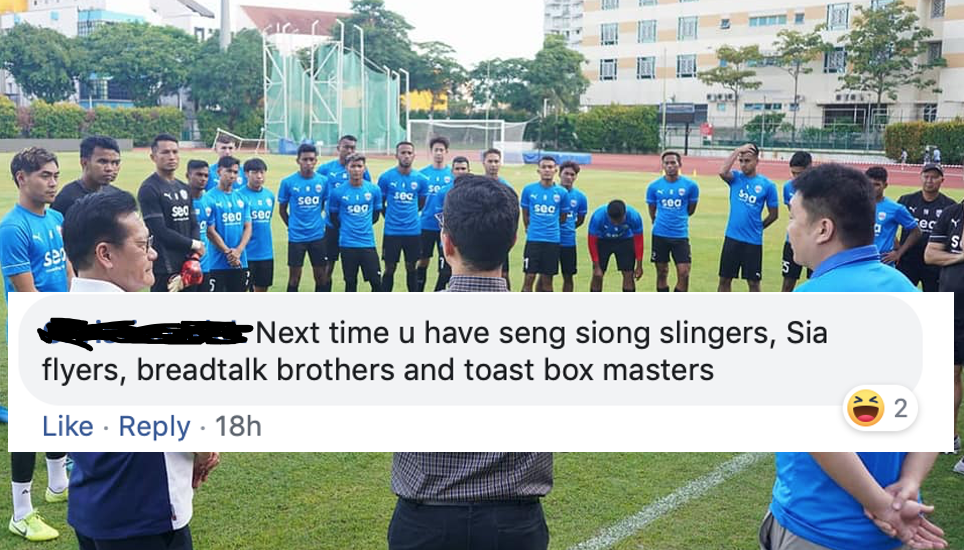 Netizens have given their ten cents worth to the change in name and management of Home United FC, now named the Lion City Sailors.

On 14 February, the club formerly known as Police FC and Home United announced that they were coming under a new management led by entrepreneur Forrest Li and have changed their name to Lion City Sailors.

The club will still be based out of Bishan Stadium but will be financially independent of funds from the Football Association of Singapore (FAS) and will also not be eligible to run any gaming rooms.

In various posts across multiple pages including the official page of the Lion City Sailors, fans have left some interesting comments.

Obviously some disagree with the move.

Some wondered how Lion City Sailors were linked to Bishan, where the club was based.

But quite a substantial number felt that it was about time Singapore clubs were managed differently.

Looks like it will be a very interesting season for the Singapore Premier League.