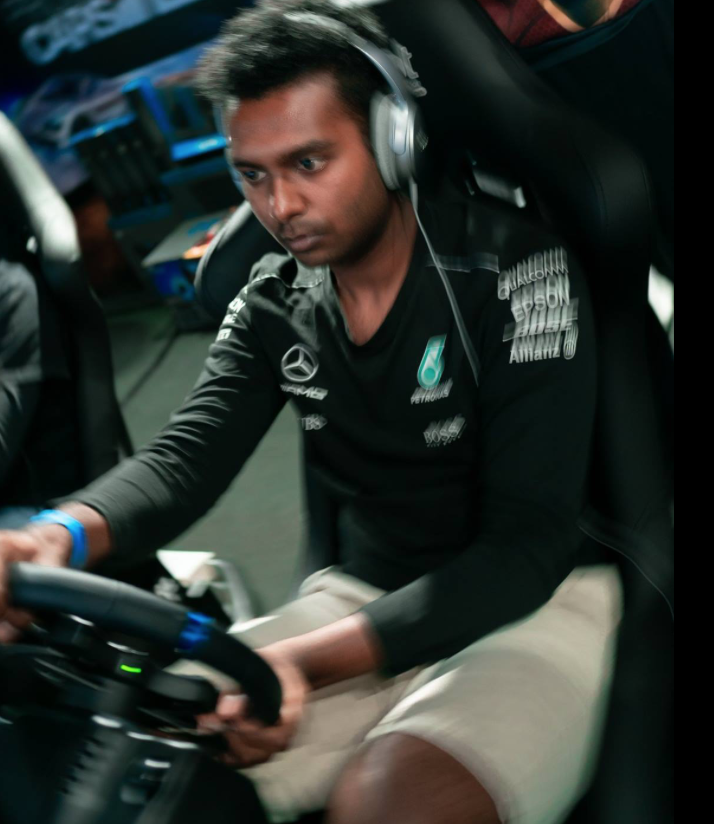 As the winner of the championship, Aleef who races under the Legion of Racers (LOR) banner, will win a one-day test in a Formula Renault car with the F3 Asia championship winning team – the Black Arts Racing.

Held from 28 March to 2 May, the eRacing Grand Prix Southeast Asia was a six-round championship which was started by Malaysian race car driver Alex Yoong in 2019.

The competition was pioneered in Malaysia in 2019 and aimed to develop a regional eRacing championship with the objective of transforming virtual racers into real-life motorsport champions.

This is not the first time that Aleef has been placed on the podium for a simracing event. In October last year, he was crowned the Logitech G Challenge Asia Pacific e-racing champion in Melbourne.

Said the 22-year-old, “It’s been a tough season of eRGP, and coming out on top against some of the finest and fiercest drivers of the Asia Pacific region feels extremely good! There was a lot of hard work and preparation and understanding which went into this competition from the beginning which makes it all the more satisfying. I’d like to thank my family for their constant support, and my Legion of Racers team for their contribution and support throughout the season!”

LOR co-founder Melvin Moh, himself a race car driver, said that Aleef’s performance at the event proves he is one of the region’s top simracers.

“His performances for the eRacing Grand Prix Southeast Asia among some of the region’s top drivers like Josh Purwien prove that he is indeed one of the region’s best simracers. We hope to be able to help him in his journey towards becoming among the best in the world.”

The competition was held to raise funds for the frontliners battling the COVID-19 in the Philippines.