Singapore company wanting to take over Newcastle admits to photoshopping Obama in photos. 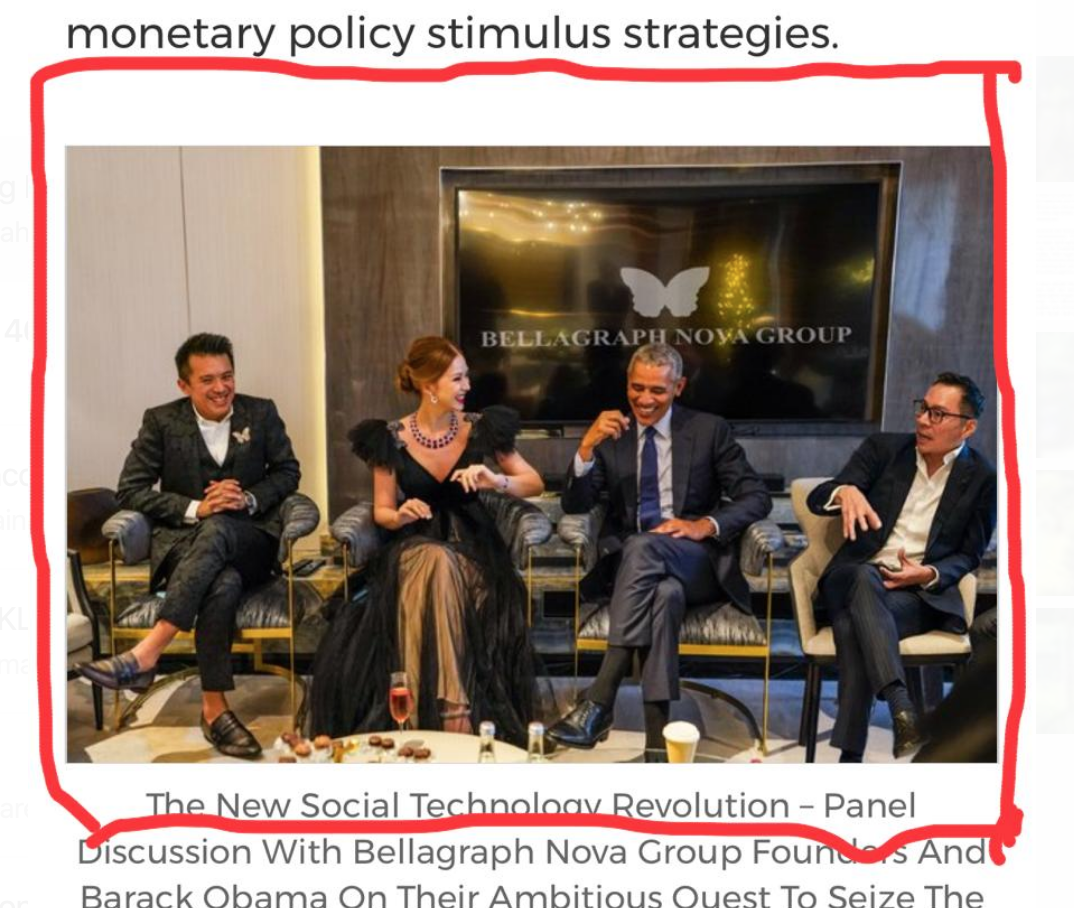 The Singapore company which announced that it was close to buying English football club Newcastle United has admitted that it had doctored photos of former U.S. President Barack Obama in marketing materials used to publicize the newly formed group, reports Reuters.

Bellagraph Nova Group (BN Group) also said some of the information in those materials was “released prematurely” or contained errors after Reuters found inconsistencies when speaking to firms and persons BN Group says it is involved with.

The company made global headlines on 15 August when it announced it had submitted a takeover bid for Newcastle and that it had enlisted the help of Newcastle legend and former England Captain Alan Shearer as well as another former player, Michael Chopra for its bid.

Shen and the Lohs had photos taken with Obama at a charity event they sponsored in Singapore on 14 December and BN Group’s Bourbon said some of the photos published in press releases on its website and sent to media had been edited to make it look as though Obama was in a private meeting.

Speaking on behalf of BN Group’s principals, Nereides Antonio Giamundo de Bourbon, the company’s head of investor relations, acknowledged that the company doctored photos of Obama to make it look as though he had attended a meeting with its executives in Paris.

His admission came on Wednesday in response to questions from Reuters and the photos have been removed from its website.

However, Bourbon denied that the company had deliberately made any false claims about certain aspects of its business.

“We are serious people … the only ambiguous thing has been the photoshop picture,” he told Reuters. “There wasn’t any malicious aim behind it.”

The company, which says it had a turnover of $12 billion last year and describes itself in marketing materials as the “world’s fastest growing conglomerate”, has said on its website and in press releases that it is headquartered in Paris.

However, a check by Reuters in Paris found that no company called Bellagraph Nova Group is registered in France.

Reuters could not find any company by that name at the address it has given – 10 Place Vendome – when a reporter visited on Tuesday as well.

Instead, a receptionist at an office rental business operated by Regus in the building said BN Group has used its space but its staff were not always present.

In addition, the group, which was incorporated in Singapore last month, has said financial technology firm – Hydra X – is one of the entities in its global empire and that it is implementing a trading system for the Singapore Exchange.

Hydra X has since denied both those claims, according to Reuters.