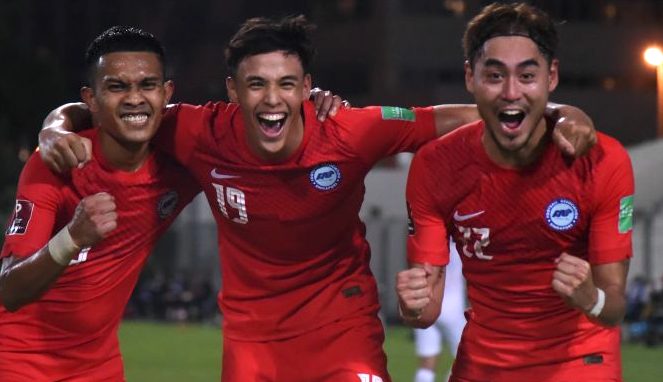 It was Quak who gave the Lions the lead in the first half.

In a blog post on its website, the Football Association of Singapore (FAS) also said that Yasir Hanapi had a goal disallowed.

The match, held at the Iranian Club Dubai was Singapore’s warm up before its World Cp qualifying tie against Palestine on 3 June.

The Lions were denied a win with its opponents scoring in the final moments of the match through Zubair Amiri.

“It was very important that some of the players had playing time as they have not had too many opportunities at their clubs,” said Tatsuma Yoshida.

“Today, they seemed in good condition and looked fresh, so that is good for the team and for me.

“We achieved our targets of testing some combinations, (working on) team chemistry and (trying out some) systems; all the things we planned to try, we did.”

The team heads to Riyadh for their trio of matches against Palestine, Uzbekistan and the host country Saudi Arabia.