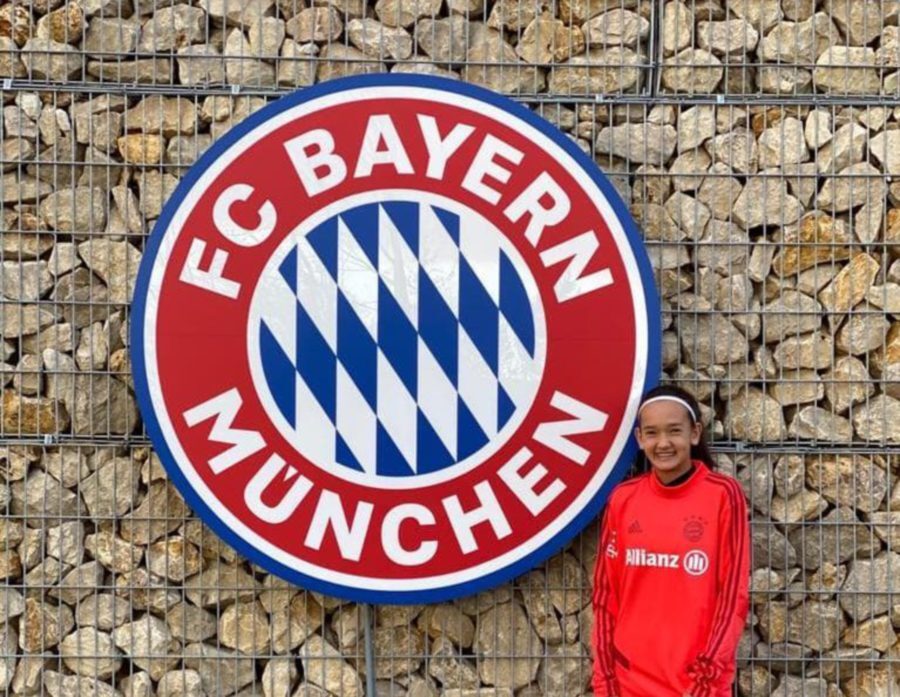 A 15-year-old Malaysian girl has joined the second squad of Bayern Munich’s under-17 women’s team.

According to various news reports, Celine Chuang, a Malaysian national Under-15 team winger created history when she became Malaysia’s first female footballer to play for the second squad of the Under-17 FC Bayern Women since July.

“All of my efforts over the years paid off when I was selected as one of the 10 players to join the second squad of the Under-17 FC Bayern Women, ” said Celine to the New Straits Times in Malaysia.

“I am also grateful for the opportunity to play with the Under-15 Wacker Munchen e.V. boys’ team.”

She also has experience after training with the Under-13 and Under-15 boys’ team at the Cruzeiro Academy in Thailand.

“Playing and training with Wacker Munchen e.V. has given me more confidence and allowed me to improve my football techniques, ” she said.

In quotes provided to NST, Celine said it took some time to get used to the routine in the cold weather and to overcome the initial language barrier.

“Despite the challenges, the community here has been incredibly welcoming since the very beginning. Thanks to this, I have been able to adapt and settle in since arriving in Germany in June.”

She started training seriously in this sport around four years ago at the age of 11 at the Persatuan Sukan Bintang Biru (PSBB), Penang.

“What I truly love about the sport are the challenging new tricks and techniques that I learn during training.

“Playing football helps me maintain a great mindset and is a stress reliever.”

“The training I received in Malaysia was the foundation for my basics in the game. In Thailand, I learned about the intensity of training as I trained seven times a week.”

Celine gained prominence when she scored her first international goal for the Malaysian Under-15 national women’s team at the Asean Football Federation (AFF) Women’s Championship in 2019 which led to a 2-1 victory over the Cambodia in Chonburi, Thailand.