The joke about a mini stadium in Kedah. 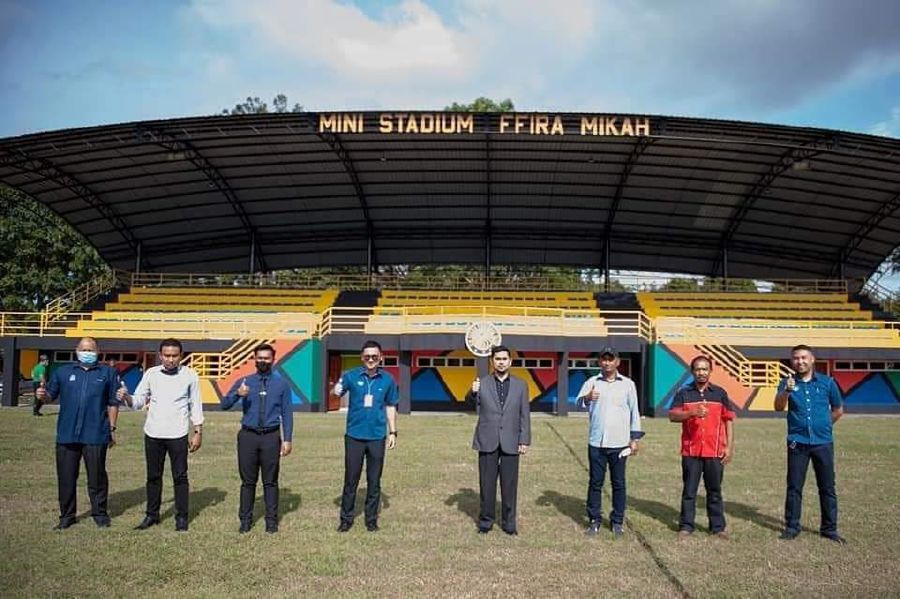 A Kedah state official became the subject of criticism after Malaysian netizens caught on that a newly built football stadium in the state had been named with his own name, spelt backwards nonetheless.

The “Ffira Mikah Mini Stadium” had sparked controversy as it was alleged to be an inverted spelling of Padang Terap district officer Hakim Ariff Md Noor’s name.

Netizens were quick to notice that the “Ffira Mikah” mini-stadium in Kuala Nerang bore a similar resemblance to the name of Padang Terap District Officer Hakim Ariff Md Noor.

The official was recently photographed during a signing ceremony handing over management rights of the stadium from the Padang Terap District Council (MDPT) to the KN Kiara Football Club.

However, the attempt to name the mini stadium “Ffira Mikah” has been stopped by the Kedah state government.

However, not before the signage of the name had gone up at the stadium, and with photos of it having gone viral on social media.

The State Health and Local Government committee chairman Datuk Dr Mohd Hayati Othman said they were not aware the mini stadium had been named as such until it drew criticism from the public on social media.

Meanwhile, in a statement, Hakim Ariff denied that the mini stadium had been named after him.

He claimed that “Ffira Mikah” has nothing to do with his name and the fact that it was Hakim Ariff spelled backwards was coincidental.

“It is not related to my name, there is a meaning behind the name, it was nominated during an administrative meeting.

“In Spanish or Greek, ‘Ffira’ means something great, while ‘Mikah’ is the name of an angel in Arabic,” he said.

“I am not after glamour, I want Padang Terap to be cleaner and better, I don’t want the district to remain the same, they have made accusations without knowing the real story.”

However, netizens were also quick to point out that Google did not recognise the word ffira as Spanish or Greek.

It auto-detects the word as Bulgarian and carries the meaning “wastage”.