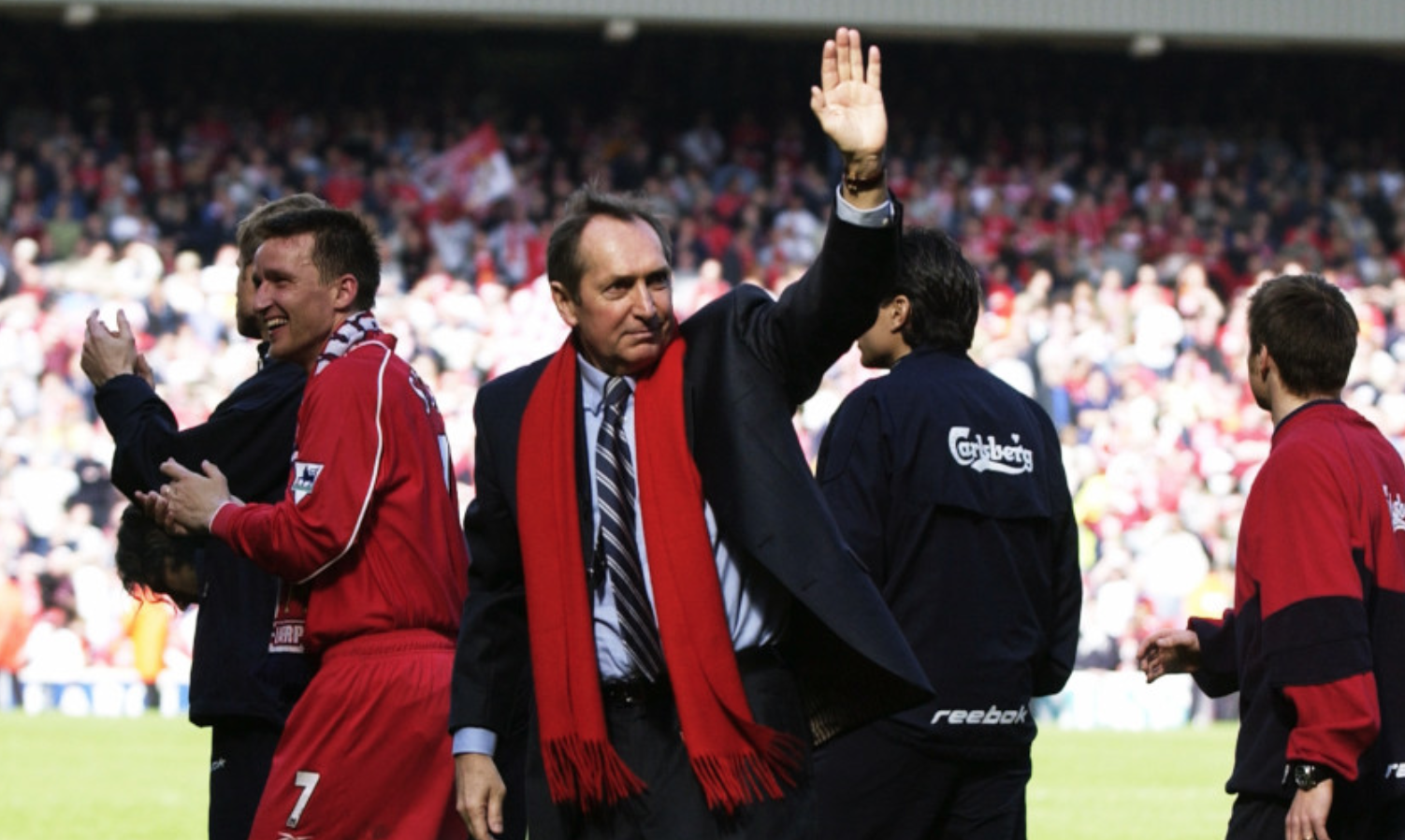 Jürgen Klopp has paid tribute to Gerard Houllier on behalf of the current Liverpool squad after the former Reds boss died on Monday morning.

The 73-year-old managed the club between 1998 and 2004, famously inspiring the unprecedented treble of 2001 as the League, FA and UEFA Cups were all secured in one incredible season.

“I didn’t know Gerard too well – I met him a couple of times, but in those few moments he created a relationship with me which was really special.

“He is a true Liverpool legend and he is a true coaching legend. He was really influential in the game. A great coach, but a human being who gave you a really warm feeling when you were around him. For all of us it is a big loss and a really sad day.”

Houllier oversaw 307 matches while in charge of Liverpool, adding a further League Cup to the cabinet in 2003.

The French tactician’s work on and off the pitch helped restore the Reds to their position of one of Europe’s biggest forces, and laid foundations for further success in the years to come.

And upon Klopp’s arrival at Anfield in 2015, one of the first messages of congratulations he received was from Houllier, with regular communication between the pair continuing in the years that followed.

“I met him before I came to Liverpool and I knew him a little bit then,” explained Klopp.

“When I arrived here, one of the first messages I received – and I didn’t even know he had my number – was from Gerard Houllier.

“I know he had other clubs – worked for other clubs, was successful with other clubs – but the way he described it, Liverpool was his club, his real club where he probably felt still connected more than any other clubs.

“He was really supportive from the first day; between now and then, always messages came in after big games, big defeats, big wins and all these kind of things. In between, Gerard really texted and told me, ‘That was right… that was wrong… I know the situation…’ and all this kind of stuff.

“He was a really, really, really nice and gentle person. I miss him now already. Maybe the only good thing you can say in the moment is he will never be forgotten here.”

Houllier was hugely influential in a major redevelopment of Melwood in 2001 as the club’s then training facility was transformed into a state-of-the-art complex.

“He was very influential for the Melwood rebuild,” said Klopp.

“He was influential in all parts; a real and proper manager and had his finger in pretty much all decisions in the club and in a really nice way, and you don’t get that too often.

“When you meet a manager out there, we always have something to talk about, but not between all of us – that’s normal, that creates kind of a relationship. But with him, it happened in the first moment. That’s it.”

Recognition of Houllier’s success adorns the walls at the club’s new AXA Training Centre in Kirkby.

“I am not sure, I was not here, but he brought this club back on its legs. He started in kind of maybe a strange situation as one of two managers, but made the best of it – that was his character, obviously – and then became very, very influential.

“I think, if you want to remember him, you have so many things you can remember – and that’s probably the best thing you can say about a person.”

Football teams are linked to a city’s culture.

Customer at Kallang Decathlon suffers fractured nasal bridge after getting hit by golf ball in store.