10 goals as SPL resumes, fans show their support for teams from outside venues. 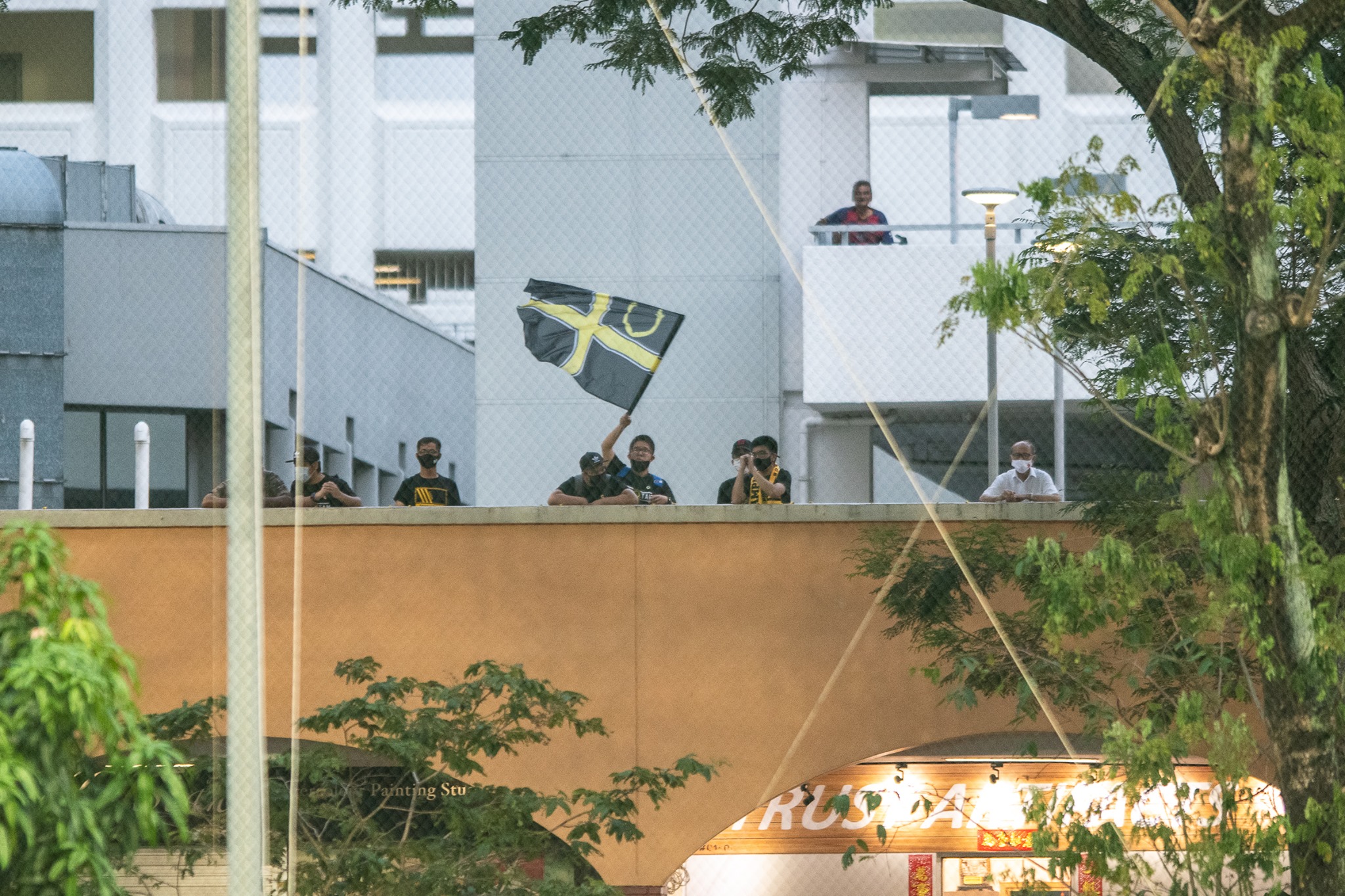 Football fans were not allowed into the venues for the opening day matches but they turned up and showed their support for their teams at both the Jalan Besar Stadium and the Jurong East Stadium as opening day brought about a total of 10 goals to the record books.

At the Jalan Besar Stadium, fans were spotted at vantage points, while at the Jurong East Stadium, supporters could be seen milling around and watching the proceedings through the fences, with supporting banners and put up.

And what better was for these fans, and those who watched the broadcast on social media and on cable to be rewarded with goals and more goals.

The Sailors also did not field Diego Lopes and Jorge Fellipe – both its star signings – due to fitness issues.

The match at the Jalan Besar Stadium had been delayed for more than an hour due to the lightning warning system, but when it was cleared to start, the goals started raining in.

First it was Song Ui-young who put the Sailors up after just five minutes, before Quak adding another barely a minute later as he sent a pile-driver through from the outside of the box, a shot which Stags goalkeeper Syazwan Buhari.

But the Stags took the game to the Sailors despite going down a brace and found the net through Madhu Mohana, and all of this happened within 20 minutes of the match.

Quak took the Sailors to 3-1 after the break, and just when it looked like the million dollar team from Singapore appeared to be cruising to their first win, their defence cracked open through schoolboy defending which allowed skipper Yasir Hanapi to score twice and level the scores to 3-3.

Tampines Rovers had the better of the exchanges, and were un lucky not to have taken all three points from the match.

In the other match, defending champions Albirex Niigata started their season with a 3-1 win over Hougang United.