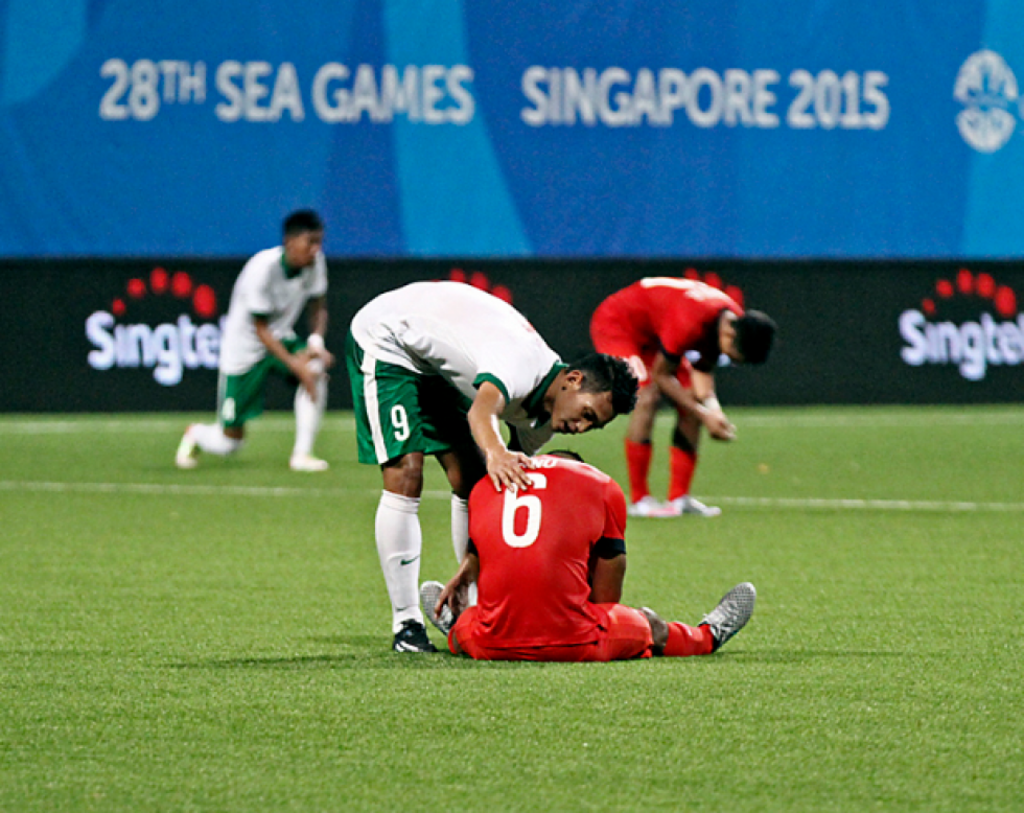 The Chief Executive Officer of Sport Singapore Lim Teck Yin expects Singapore to win a Southeast Asian Games gold medal by “2027…latest 2029” if it has any chance of making it to the 2034 World Cup, a logical milestone.

Lim’s expectations were carried in a Straits Times story published on 15 March.

These details and performance related targets were not revealed during the media announcement to share the “Unleash the Roar” project meant to unite Singapore through football.

The Annex B of the release only had these as information.

More details of what was released at the media conference can be found here.

If Lim’s expectations are just six years away from now, what this means is that the bulk of the players in this category who would be bearing the national jersey then would probably be about 15 to 16 years old now, and should have already been identified or within the football youth system.

Singapore has not made the finals of the SEA Games football competition since the Kuala Lumpur Games in 1989.

What’s worse, Singapore has not entered the knockout stages of the competition since a bronze medal showing at the 2013 SEA Games in Myanmar.

Even when Singapore hosted the Games in 2015, the Lions were knocked out after the group matches, with Indonesia being responsible for the team’s push over the edge in the final group match.

Countries in the region Singapore has to battle for the games gold include Malaysia, Vietnam, Thailand and Philippines.

Over the last 10 SEA Games football competitions, Thailand picked up the gold seven times, Malaysia twice and at the 2019 SEA Games, Vietnam emerged as the new regional kingpins.

Singapore has also not made it into the finals of the Asian Football Confederation under-23 finals over the last four competitions since 2013, and is also not ranked in the top 22.

From Southeast Asia, Myanmar, Malaysia, Thailand, Vietnam are in the top 22.

Former Lions midfield maestro Rafi Ali is not sure if Singapore will be able to match the talent which countries in the region possess.

He told the Straits Times, “Do we have the talent pool needed to compete with the teams around us? I am not sure.

“Of course, nothing is impossible but my wish and hope is for the FAS to cast a much wider net to find the players.”

If Singapore is to win the SEA Games gold by 2027 or 2029, that would also logically mean that it should qualify for the Asian Cup in 2031 on merit and be one of the top performers in the competition against the likes of Korea Republic, Japan, Iran, Saudi Arabia, North Korea, Australia all of which have qualified for the World Cup finals in recent history.