Trio of speed demons in the pool qualify for SEA Games but aiming for Olympics. 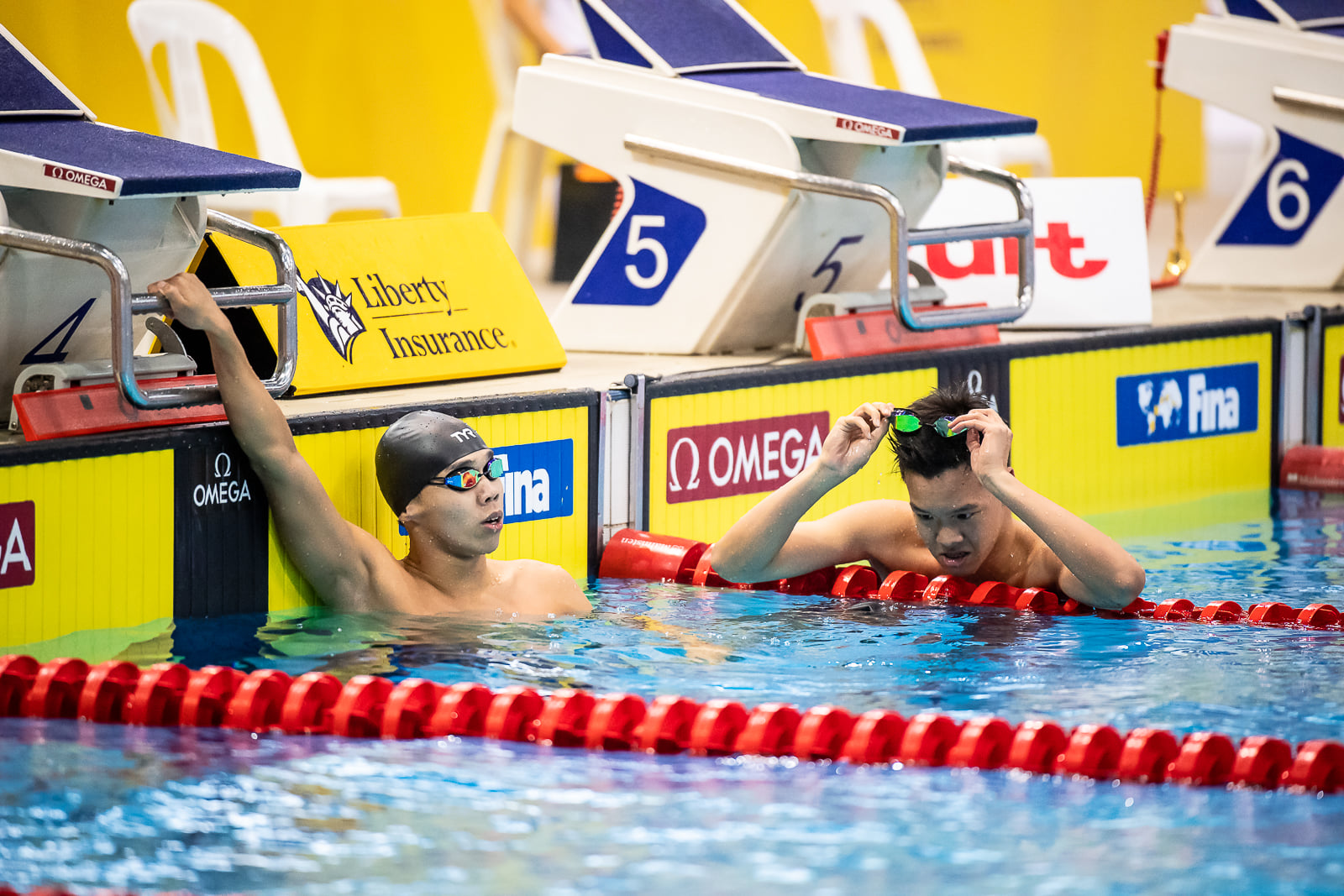 This was the first fully tapered meet for the national swimmers, with the last taking place more than a year ago at the 2019 SEA Games in the Philippines.

Taking full advantage of meet were freestyle specialists – Jonathan Tan and Darren Chua of AquaTech Swimming (ATS) and Mikkel Lee of Chinese Swimming Club (CSC) – who all met the qualifying mark for the upcoming SEA Games in Hanoi later this year, in the Men’s 100m Freestyle.

All three swimmers still  have their eyes set on the biggest prize – the Olympic Games.

Chua’s time was enough to meet the SEA Games qualifying mark of 50:08s.

Both Tan and Lee had qualified in the morning heats with times of 49.75s and 50.01s respectively.

Both Tan and Chua also made the Olympic Games ‘B’ Cut timing of 50.03s.

“I think we were all looking to make the Olympic “A” cuts first as that is the main priority that we are trying to hit right now, and we are not really thinking much about the SEA Games”, said 21-year-old Temasek Polytechnic student Chua.

“For me, it was a good opportunity to race especially in this whole Covid situation. Like what Darren said, the goal is the 2021 Olympics and qualifying for the SEA Games is an additional start point”, added Lee, 19.

Having narrowly missed out at December’s Singapore National Olympic Qualifiers, the 20-year-old stormed to victory in the 200m Butterfly final with a time of 1:58.71s, shaving almost four seconds off his heats time of 2:02.14s.

Ong’s time saw him also qualify for the SEA Games.

Ephraim Tan of Aquatic Performance Swim Club (APSC) was second in 2:00.60s and Owen Allwood of UWCSEA-East was third in 2:05.58s.

The final swimmer to make the Olympic Games ‘B’ cut on day one was Christie May Chue, 21, also from CSC.

Chue, who is bound for Florida International University in August, clocked a time of 55.89s to finish second in the Women’s 100m Freestyle final.

She finished behind Carmen Weiler Sastre of Nexus Swim Team, who clocked 55.10s, and ahead of Cherlyn Yeoh from ATS, who was third in 56.08s.