A tragedy one month before the 2017 SEA Games did not stop cyclist Calvin Sim from striking gold for Singapore. 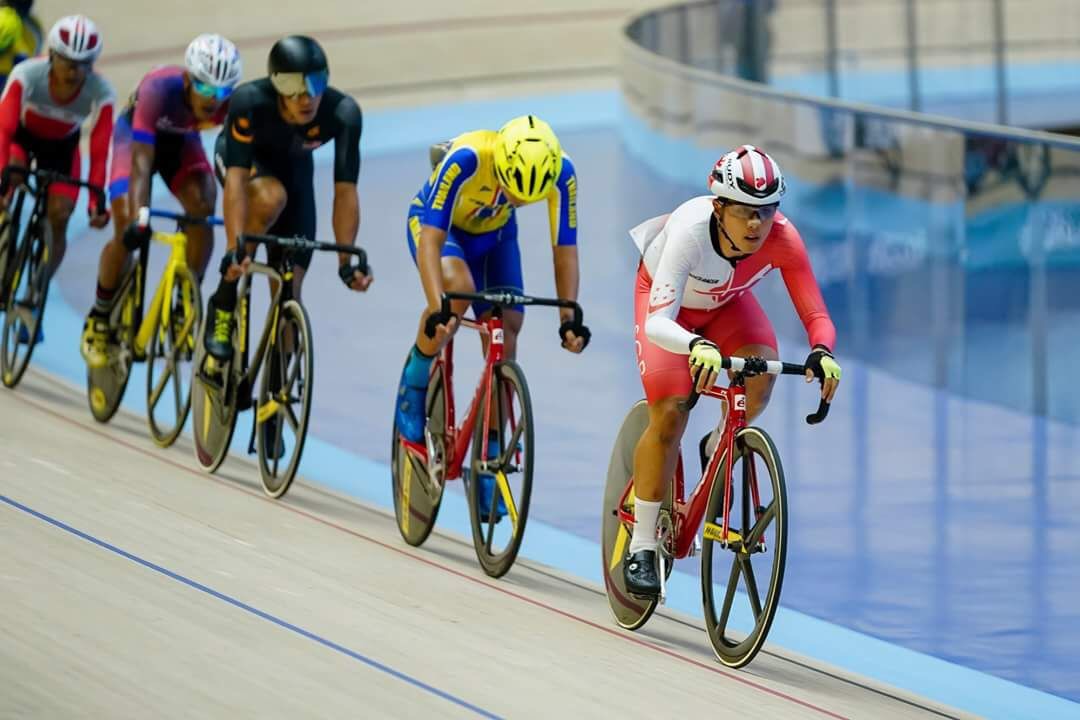 As part of his training leading up to the 2017 Southeast Asian Games in Kuala Lumpur, Singaporean cyclist Calvin Sim and a few of his team-mates had found their way to Bangkok for competitions at velodromes in the absence of such a facility in Singapore.

Sim, along with team-mates like fellow national cyclist Noel Teh also secured a stint in Colorado in the United States, the first time they had been exposed to high altitude training ahead of a major competition.

However, a week before the team were due to head over to Colorado, tragedy struck when Teh met with an accident while cycling.

He rammed into the back of a stationary truck at a speed of 40km/h and fractured parts of his head, face, collarbone, spine and ribs.

As a result of a crack in his skull, Teh lost cerebrospinal fluid – the fluid held in and around the brain and spinal cord – which left him a risk of being permanently paralysed.

Teh came out of his coma three weeks later, surviving the ordeal.

Sim, who is now training for the upcoming 2022 Asian Games, recalled the incident in a video interview on the Go Beyond Series presented by tech firm Bluorbit which is produced by SW Strategies.

“One week prior to our training stint in Colorado Springs, my team-mate Noel met with a life-threatening accident.

“He actually smashed into a stationary sand truck.

“We were all very demoralised and it was just one week before our training stint.”

While recalling the incident, Sim almost broke down as he continued his recollection of what happened that day while they were on the road, as he asked the camera crew to take a pause.

“Our hearts were all very heavy while boarding the plane.

“It was so uncertain whether he would survive through this accident.

“We were all so demoralised and so … I need to pause.”

However, Sim composed himself to continue with the interview and paid tribute to Teh at the end.

He said that the best part of the gold medal victory, the first for a Singaporean male cyclist in 2017 in 20 years, was when he saw Teh at the velodrome in Seremban when he won the gold.

“For me, the part where Noel was there at the Velodrome was really the part it made me proud to see him standing there and cheering for us and helping us throughout the entire event.

“To see him being alive brought me so much joy because I couldn’t imagine that one and a half months before the SEA Games, he was lying on the floor in my arms, in his pool of blood, and me trying to call for the ambulance

“That was something which no one should ever go through.

“With Noel being there, it was more important that Noel was there than my gold medal.”

Apart from Sim, the Go Beyond Series has featured national footballer and 2020 Singapore Player of the Year Gabriel Quak as well.