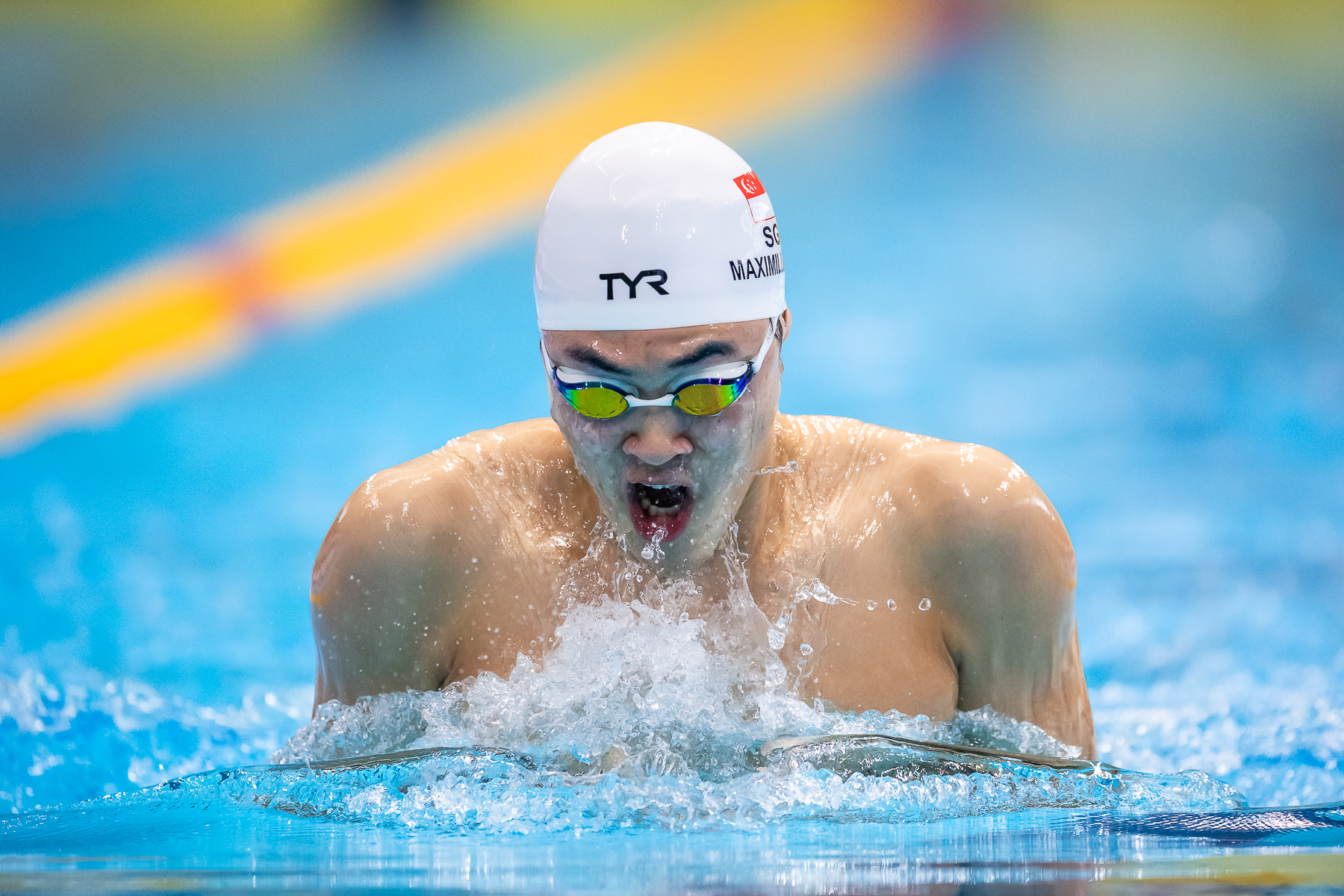 Having just turned 20, Maximillian Ang from Aquatic Masters Swim Club (AMSC) gave himself the best belated birthday present when he lowered his own National Record in the Men’s 200m Breaststroke to qualify for the Southeast Asian Games in Hanoi later this year.

He also earned himself an Olympic Games “B” mark on the penultimate day of competition at the Liberty Insurance 51st Singapore National Age Group (SNAG) Major Games Qualifier on Saturday, 20 March.

The breaststroke specialist was imperious as he blitzed the rest of the pack on the way to victory, clocking a time of 2:13.68s to touch the wall first, ahead of Terence Ong from Aquatic Performance Swim Club (APSC), who clocked 2:21.70s to finish second.

Ang’s time was good enough to better the existing National Record of 2:13.96s that he set in 2019 at the SEA Games in Philippines.

“There is no 100% but doing my best is the most important.

“It is always good to break your personal best and national record, so I feel happy about it. I want to continue to aspire the younger ones and encourage them to do their best”, he said.

“I was happy when I saw I did my personal best, although I felt like I could have done a lot better.

“When I touched the wall at the very end of the race, I thought that I did a much faster timing. It was not up to my expectations but small improvements is all that matters and eventually I will achieve my goal. An improvement is still an improvement so I am really happy for it. I will continue training hard in the lead up to the next competitions”, he added.

With qualification to the SEA Games in the bag, Ang has eyes on the main prize.

He said, “At the previous SEA games, I really wanted a gold medal so the next SEA games, my goal is to get the gold medal and give my best in my events.”