Tanjong Pagar get their first win since returning to action in 2020. 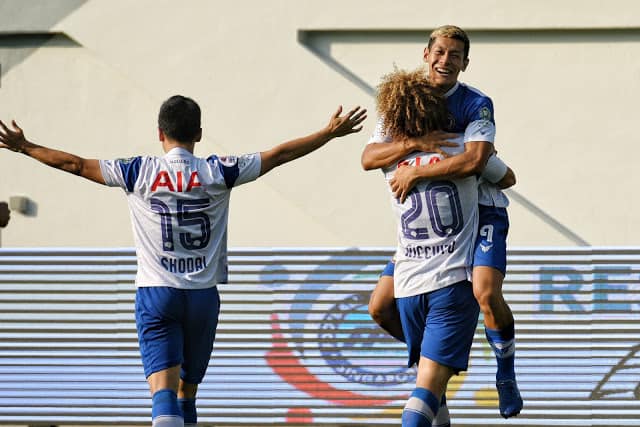 Tanjong Pagar United earned their first win in the Singapore Premier League since returning to action in 2020, and lifted themselves off the bottom of the standings after a 4-0 win over the Young Lions at the Jalan Besar Stadium on 10 April.

The win was their first set of three points since returning to competition for the 2020 Singapore Premier League season.

It was only five minutes on the clock when Reo Nishiguchi beat Young Lions goalkeeper Nurshafiq Ghani from outside the box to open accounts for the Jaguars.

And in a seven minute blitz in the second half, Luiz Junior got himself a brace while Blake Ricciuto found the net through an acute angle to secure full points for the Jaguars.

The Young Lions’ defeat, on the other hand, condemned them to the bottom of the table.

They and have also shipped in 11 goals in two matches, and 20 goals in six rounds.

The truth was the youngsters did not appear to stand a chance against the Jaguars, and were probably lucky that they weren’t hit for more, given the Jaguars’ dominance in possession and in strikes at goal.

Tanjong Pagar fans reacted to victory with some form of relief, as the last time their team won a game was back in 2014 when it was still part of the S-League, before sitting out.

In the other match on the day, Tomoyuki Doi added another goal to his tally as Hougang United lifted themselves to the top of the standings after a 1-0 win over Balestier Khalsa at the Toa Payoh Stadium.