8-0 and Geylang fans are not happy. 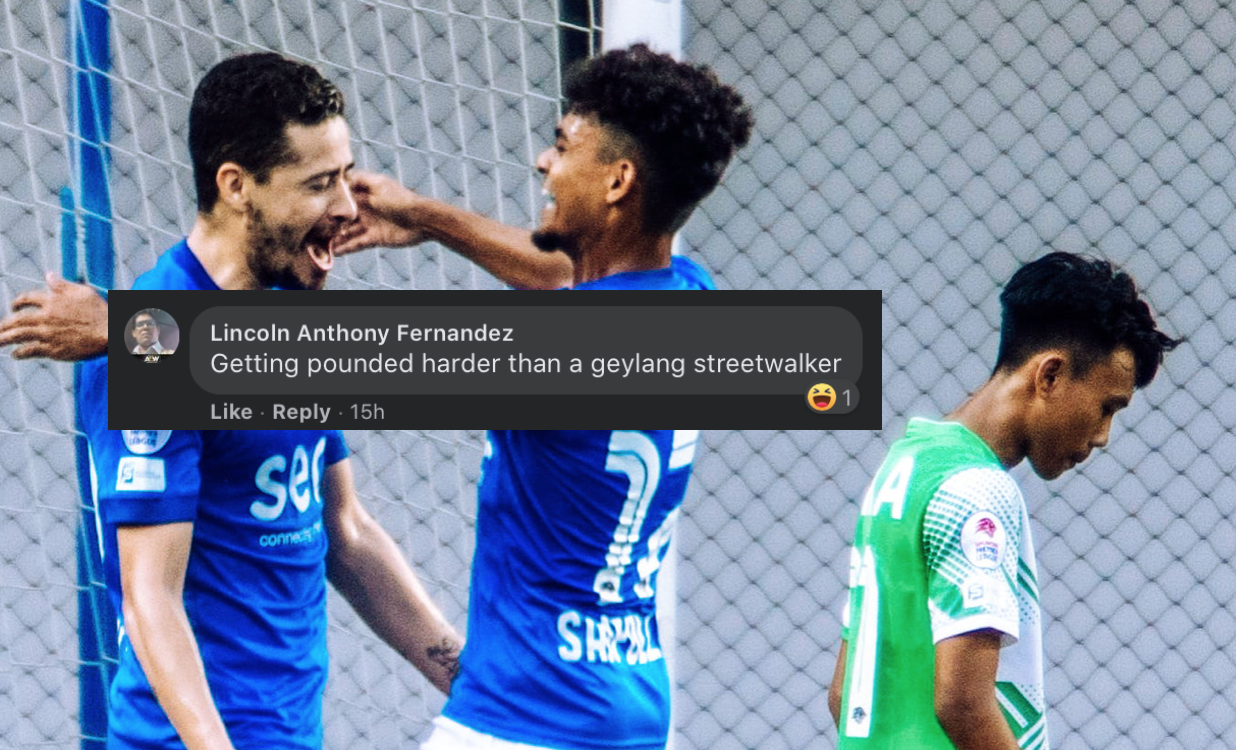 Just two points above bottom-placed Young Lions with four points, Geylang International were hit for eight goals without a response on 11 April when the Eagles came up against the Lion City Sailors.

The Sailors ended the first half already up by four and added another four after the break to record the biggest win of the season in the league so far, more than Tampines Rovers’ 7-0 win against the Young Lions a few days prior.

Geylang International fans wasted no time in letting their feelings known on the club’s own Facebook page after the final result.

Most fans were understandably unhappy.

One fan asked that the Eagles Facebook admin quote the fans opinions. Which is what we are doing anyway.

Some were just plain rude.

“I will not fault the players. I think all of them gave their 100 percent.

“The result doesn’t look good but we need to move on and stay positive,” he said.