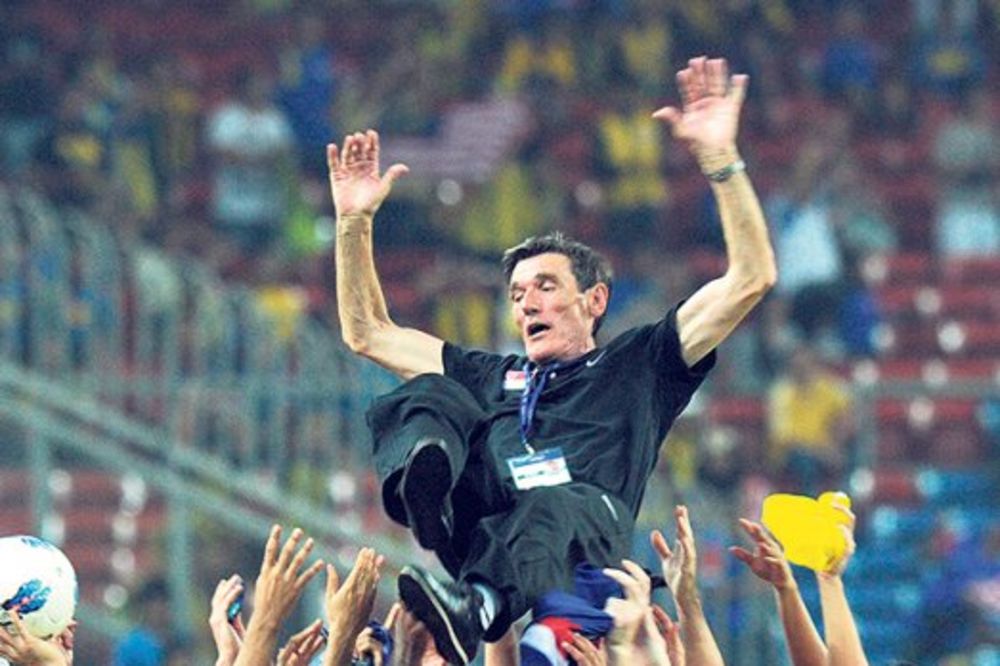 Former national striker Indra Sahdan Daud paid tribute to former Lions coach Radojko Avramovic, and called him among the best coaches he has played under as a footballer.

In an interview with tech firm Bluorbit as part of their Go Beyond Series which is produced by strategy firm SW Strategies, the striker who secured more than 100 international caps for Singapore during his playing time called Avramovic a “very detailed” coach.

Indra played under Avramovic from 2003 to 2009 while the Serb was Singapore’s head coach, a position he relinquished after the Lions pulled off yet another Suzuki Cup championship under Avramovic.

“As a coach, he is very detailed,” said Indra.

“Even before trainings he will speak to us what we supposed to do, what the session is about.

“And during pre-match, he would go into details, how we are going to play, who are the players to watch out from the other team.”

Indra also described how Avramovic would have “videos of them playing” and how the team  “ already have a mental picture” of what the opponents would be up to.

“It really got the whole team to be very prepared for a match,” added Indra who is now coaching young strikers in his own private set up called Finishing Touch.

Indra also touched on how Avramovic’s Lions would always end up playing against the tough Middle Eastern teams.

“One good thing that I like that during his time we never played any of the weak teams.

“In our friendlies we always played the Middle Eastern teams, the very strong teams.”

And while the team never did well, and sometimes “get thrashed by the Middle Eastern teams,” Indra felt that “the mentality of the boys was very strong.”

“That is how we got stronger, we kept on working and by the time we came into this (2004 Tiger Cup) tournament players were mentally very strong.”

The Lions went on to win the 2004/2005 Tiger Cup (now renamed the Suzuki Cup) after a two-legged victory over Indonesia, and went on to also win the 2007 and 2012 editions of the tournament.

“The thing I like about Raddy is that he is very positive.

“We were always getting into games wanting to score goals,” said Indra.

Join The Singapore Monitor Telegram channel and get updates delivered to you.