Once Singapore’s top local striker, Indra Sahdan is now hoping to groom the next generation of strikers. 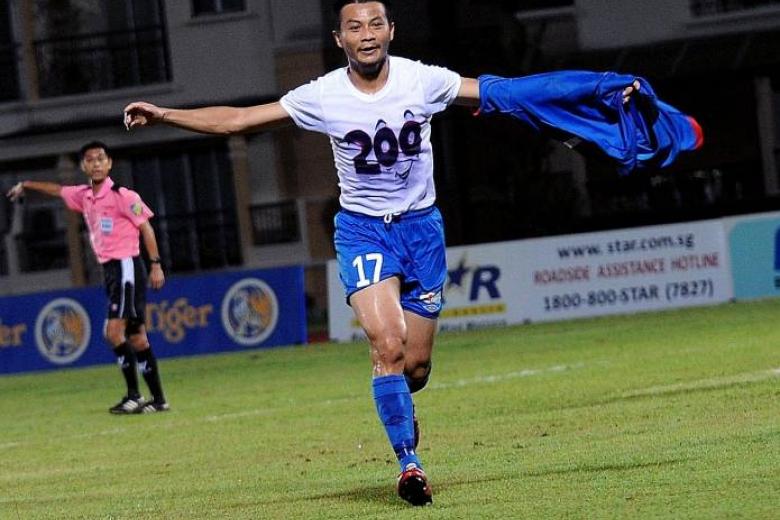 He scored more than 200 goals in the S-League when he was a player during a career which spanned two decades.

Now, Indra Sahdan Daud is hoping to prepare the next generation of strikers and wants youngsters to constantly push themselves to go beyond.

In an interview with tech and logistics firm Bluorbit as part of their Go Beyond Series which is produced by strategy firm SW Strategies, the former national hitman is currently coaching youngsters as part of his Finishing Touch academy for strikers.

“The reason I started this we don’t really have a specific coach for strikers at the moment,” said the 42-year-old who trains the young budding footballers at The Arena at Woodleigh.

“That is why I started this hoping to have to work with kids who are aspiring to be better players, national players.

“Maybe with my experience I could share a thing or two with them.”

Indra added that he had always been a striker since he was very young and throughout his years as a goal-getter, he had “learnt a thing or two from being a centre forward” which is somewhat an understatement for a player who has attended trials with the Real Salt Lake in the United States.

He is hoping that his proteges at the academy will go on to become national players in the near future, something he said will make him very proud.

As a Lion, he will also be well remembered among football fans from his era for having the knack at scoring in the Lions jersey in matches involving stellar teams like Manchester United, Uruguay and Japan.

At one point in the mid-2000s, Indra was known to be Singapore’s highest paid local player in the local league.

He urges young Singaporeans to “put a lot of effort” and place their “heart and soul into whatever they are trying to do.”

“Be it sports or arts, they might end up somewhere.

“For me, you must always push yourselves

“Push to the limit, and see where you may end up.”