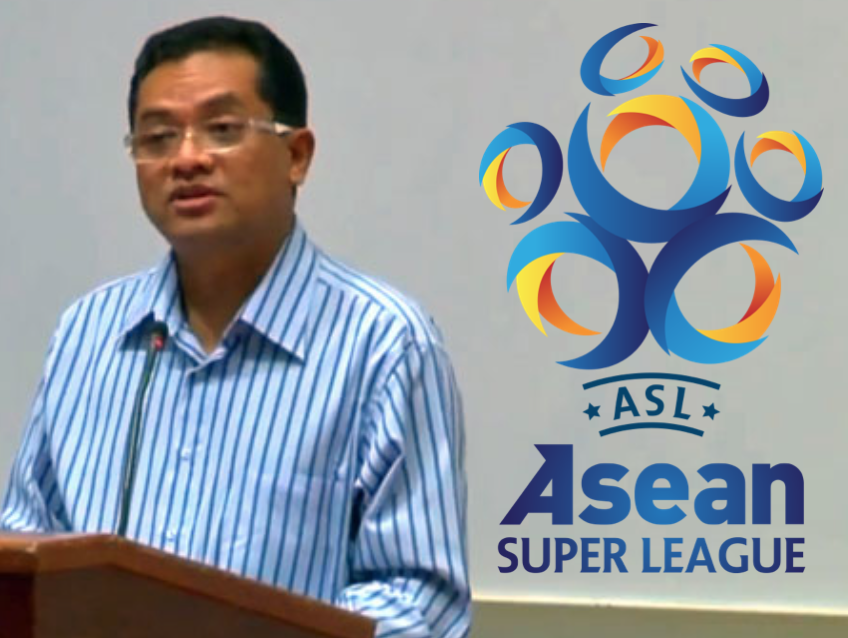 Now that the football world is up in arms about the proposed breakaway European Super League, it is perhaps timely to remind football fans in this region of the audacious plan to establish an ASEAN Super League.

THE BEGINNINGS OF THE ASEAN SUPER LEAGUE

Initially mooted in 2005, the idea of an ASEAN Super League was part of a proposal put forward by the consortium which won the bid to operate the Singapore Sports Hub, an idea put forward by one of its partners in the project, then World Sport Group.

The idea was for a regional league to keep the fans returning to the National Stadium, with competition days for a good part of the year.

While details of the ASEAN Super League changed over the years, it was initially thought that eight franchise clubs will compete in a relegation-free division with a playoff system to decide the winner.

The ASEAN Super League was not a breakaway league, but it was planned that matches would revolve around all of Asian Football Confederation’s competitions like its Champions League and AFC Cup matches.

The Asean Football Federation was the parent of the ASEAN Super League, and from a start of eight, it was reported to seek an eventual expansion to 16 teams for the annual Super League, with a limit on the number of franchises awarded to the key markets of Thailand, Malaysia, Indonesia and Singapore so that the likes of Myanmar and Laos can also compete.

The season was expected to be played from February to September so that it will not clash with the AFC Champions League or AFC Cup competitions.

But it didn’t that a few months later, a delay was announced.

In July 2015, general secretary of the ASEAN Football Federation Azzudin Ahmad told the Straits Times: “Yes, the ASL is on track and will take place next year.

“We got the green light from Fifa. At the moment, we are scheduling it for August 2016.”

Yes, Azzudin said the ASEAN Super League had gotten the green light from FIFA, the world governing body for football.

August 2016 came and went and still the ASEAN Super League had not seen the light of day, with regional writer John Duerden saying it had been more delays than the opening of the Braddell Flyover.

Then in January 2017, just a few months before the elections for office bearers at the FAS, Zainudin said, “(World football governing body) Fifa is currently finalising the regulations of the competition, and we are confident the ASL will begin in 2017.”

Zainudin was leading the ASEAN Super League task force, and it was later reported that he was slated to be its first Chief Executive Officer.

One month later, another office holder in the FAS – its then vice-president Bernard Tan – shared that he felt that the ASEAN Super League would lift football.

While Zainudin was taking the lead on the project, views were divided about such a league.

Former Warriors FC coach Alex Weaver was one of those who supported the idea.

He was reported as saying, “If other countries put decent teams into the league then it could be good for Singapore football.

“I imagine the S.League would become officially semi-professional and act as a feeder league.”

He felt that the ASEAN Super League would kill off the local league.

“The danger is like in Singapore, where the Lions concept may be good for the players — or 25 of them — but it has killed the S.League.”

Singaporean Ben Tan, the deputy CEO of the Thai League, also felt that member associations should focus on their domestic leagues.

“I believe that member associations like Singapore should concentrate on building a strong domestic league first rather than sending one team to play overseas.“

“The foundation of the league is more important,” he said.

Former Liverpool, Arsenal and Tampines Rovers winger Jermaine Pennant was another who disagreed with the ASEAN Super League idea.

He said, “I don’t think it’s going to be beneficial at all for Singapore football if the best players and the best teams are shipped off to a different league, I don’t think the fans will appreciate it.”

IT IS ALL OVER

In May 2017, after taking office following the elections for office-bearers at the FAS, newly minted president Lim Kia Tong confirmed the prioritising of the local leagues over the ASEAN Super League.

In June 2017, the Asean Football Federation (AFF) confirmed that the ASEAN Football League idea was dead in the water.

Failure to get it off the ground was put down to three main reasons – the AFF could not fit the matches into a tight calendar, member associations wanted to focus on developing their own leagues and the issue of cost.

No one has spoken of ASEAN Super League ever since.