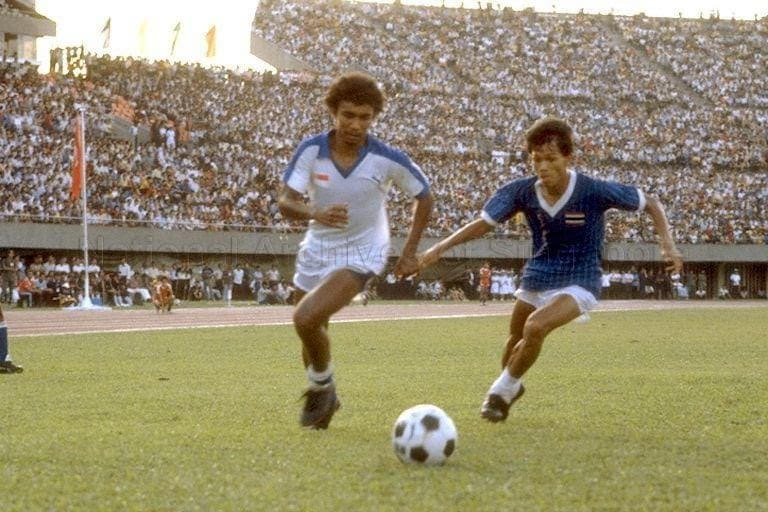 While news about former Malaysia Cup and double winner Abbas Saad made its rounds recently in light of attending a coaching course and being assigned to the Geylang International dugout as an assistant coach, light was shone on another Singaporean footballer who was convicted of match-fixing who has not been as lucky.

Former national striker K. Kannan, who is now 57-years old, was issued a ban for life from all football related activities in April 1995, has since not been able to even play social football.

Kannan was a member of the Lions side in the 1980s and also played for Kuala Lumpur FC, along with Fandi Ahmad and Malek Awab.

In a letter sent to Kannan by the FAS in August 2020, it reminded him that “unless your life ban is lifted or varied, the life ban from all football related activities shall remain.”

“You are not to partake in any football related activities either directly or indirectly. Any violation of the ban will be treated very seriously by FAS.”

The letter was signed off by FAS President Lim Kia Tong.

A source close to Kannan shared that someone at the Indian Association (IA) had informed the FAS that Kannan had been spotted at the IA grounds playing and helping the team, something he was not allowed to do, even though the IA is not even listed as an affiliate of the FAS.

“He is 57, and football is close to his heart, and it is strange that Abbas, who was a convicted match fixed in 1995, can have his lifetime ban lifted, but Kannan has seen his multiple appeals get rejected over the years,” said a close friend of Kannan, who spoke on condition of anonymity.

Abbas’ lifetime ban in Singapore from all football activities was lifted in 2009 by former Football Association of Singapore President Ho Peng Kee, one of his final acts as President of the FAS before handing over to Zainudin Nordin.

In the 1995 trial, the Lebanon-born Australian and then pin-up boy of Singapore football was found guilty of conspiring with another striker Michal Vana to score goals for Singapore.

He was fined $50,000 by the Subordinate Courts in June 1995 and although he was considered by the Court to have played only a minimal role in the criminal scheme and had pulled out of the agreement after three games, he was slapped with a life ban for all football activities by the Football Association of Singapore.

In Kannan’s case In 1995, the former national striker was convicted by the Subordinate Court for charges under Section 5(a)(i) of the Prevention of Corruption Act when along with Ong Kheng Hock, he was convicted on a joint charge of conspiring with one Rajendran R Kurusamy (also known as Pal) to bribe goalkeeper David Lee with a sum of $80,000.

The bribe was intended to be an inducement to Lee to assist in reducing the winning margin of the Singapore national team in its match against Perlis in the FAM Premier League match held on 13th May 1994, by letting in goals.

He was also convicted on a charge of corruptly receiving from Rajendran a gratification of $5,000 as a reward for arranging the bribe to David Lee.

Following his conviction, he was permanently banned from taking part in football management or membership or the activities of the Association on 18th April 1995.

Both were turned down.

In May 2000, he appealed to the Asian Football Confederation for the life ban to be lifted.

The appeal was rejected, and then in 2002, he tried again.

A lawyer who spoke to TMSG suggested that Kannan could get a vary of his life ban so that he could be involved in social football activities, which would allow him to play social football.

“It would not make sense that the FAS has the power to even ban him from having a kick about with his friends at the park, as what the letter which was sent to him suggests,” he said.

A list of all players banned by the FAS in a 2019 upload can be found here.