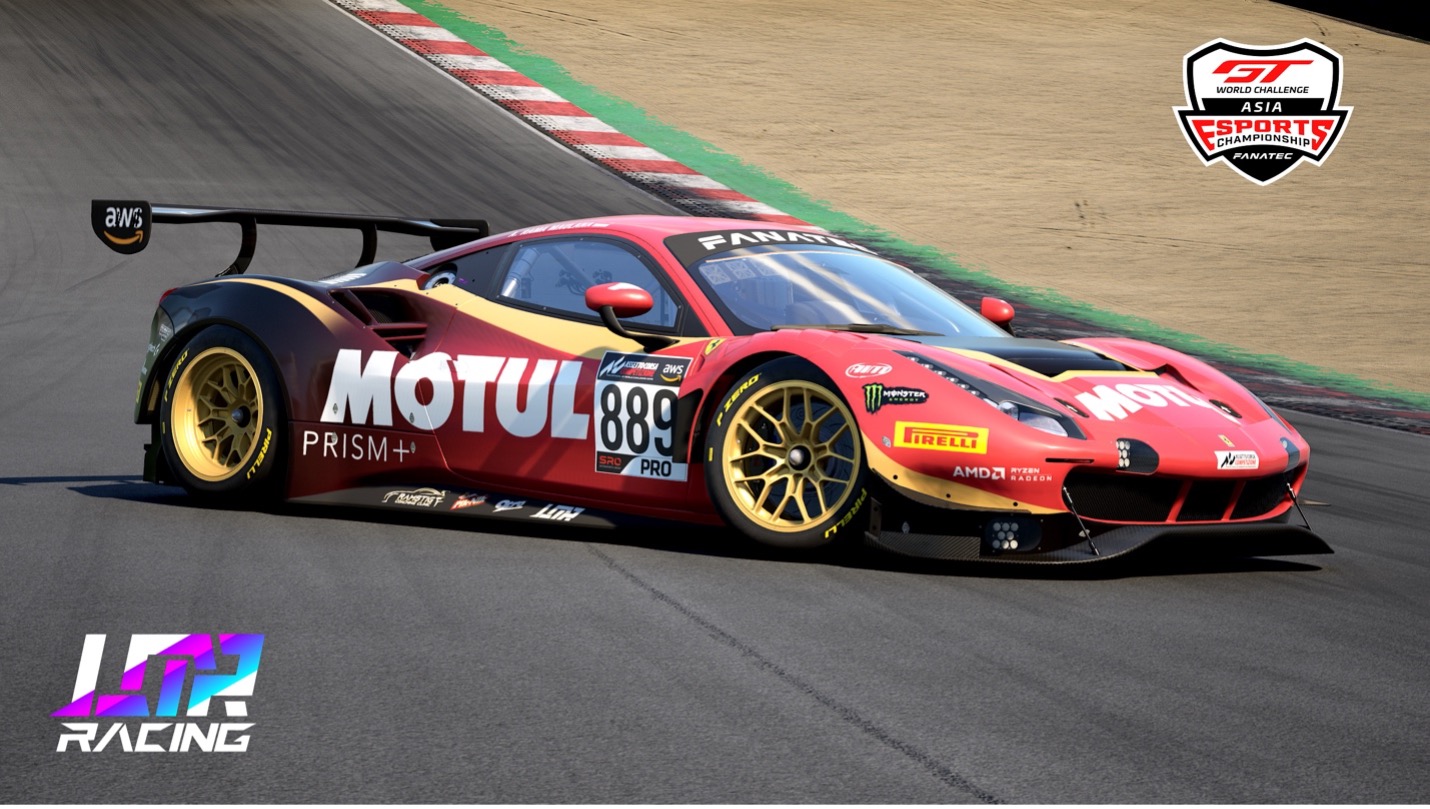 Unlike last season where selected drivers were invited to participate in the series, this year’s format requires all registered drivers to qualify via a Time Trial.

With only the top four from each manufacturer and a total of 44 drivers being accepted into the race, each team has to assign its drivers to separate cars in order to maximise their chances for qualification.

After 1 week of intense competition with the fastest drivers in Asia, the LOR Team has managed to have all its drivers qualify for this year’s race at Brands Hatch.

“This year will be a lot tougher given that there are many fast drivers around and we have to qualify for each race via time trial.

“I’m also happy that my team mates are able to join me this time around and hopefully we can achieve a strong result together.”

With the choice of cars being vital in the fight for the championship title, both Rama and Dillan have decided to pick the Ferrari 488 GT3 Evo 2020 as their weapon of choice, while Luis and Javier will be driving the Lexus RC F GT3.

Moreno Pratama will be driving the Audi R8 LMS Evo GT3 2019 after topping the qualifiers and Moh will be in the Mercedes AMG GT3 Evo 2020.

Moh, co-founder of LOR said, “Our aim is definitely to win this championship again this year but it will not be an easy task given that there is tough competition with so many quick drivers from Asia competing in this series.

“It will also be a good eye opener for Dillan, Javier and Moreno since it is their first time competing in the GT World Challenge Asia Esports”.

Round 1 of the GT World Challenge Asia Esports commences today, with a livestream of the race from 19.30 HKT at GT World’s YouTube Channel.

You can race alongside the Legion of Racers through their Facebook and Instagram at FB@LegionOfRacers and IG@legionofracers.

Legion of Racers Line Up